Top 10 Most Expensive Cars in the World 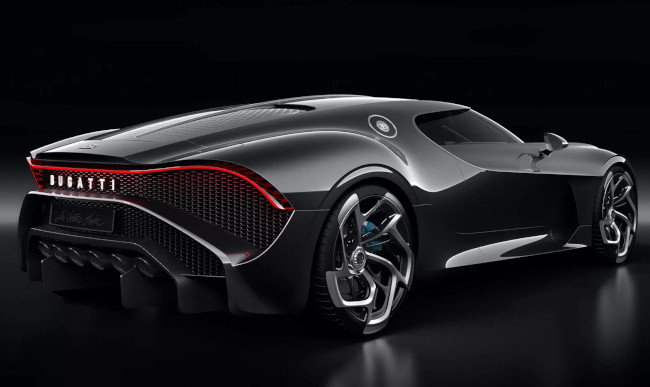 Today we will explore the Top 10 Most Expensive Cars in the World that you could drive today! This impressive video was created by iRicher.

Having a car is nice; but revving the engine of your new Ferrari, Mercedes, Lamborghini or Maserati … now that’s impressive! Which ones would on your list of the Top 10 Most Expensive Cars?

Of course, all of you aspiring millionaires out there know that a great car makes a great impression. But of course, some cars are a little more eye-catching than others. So today, we’re going to be giving you the rundown on the Top 10 Most Expensive Cars in the World!

Now, while the average car may just be used to get from Point A to Point B, luxury cars are in a whole class of their own. From their beautiful design to insanely fast speeds, these cars are meant to be enjoyed. However, some luxury cars would be considered expensive by even some of the richest people on Earth, making the ones on this list all the more impressive. So, make sure to stay tuned until the end so you can get a glimpse of the car that will set you back almost $20 million!

Without further ado, let’s get started with our countdown of the Top 10 Most Expensive Cars

The first car on this list is Aston Martin’s first ever hypercar, the $3.2 million Aston Martin Valkyrie. Created in cooperation with Red Bulls’ racing division, the car features a low suspension, race car-style steering wheel, and aerodynamic frame, all of which make the car look stylish and elegant.

Sporting a 160 horsepower V12 Hybrid Engine, the car would undoubtedly perform really well on a racetrack. As a result, not only did Aston Martin create 150 street-legal models, but an additional 25 track only ones as well!

Although the name “Bugatti” is practically synonymous with “luxury”, the $3.4 million Bugatti Veyron Mansory Vivere really goes above and beyond. Made alongside Germany customization studio Mansory, this car is made especially unique by its carbon-fiber weaved white and black exterior, checkered black patterning, and 1500 horsepower engine. Yet, with only 240 in existence, it is exclusive even by Bugatti’s standards!

Although Lebanon may not be a typical home base for luxury car makers, the $3.4 million Lykan Hypersport is certainly an exception! Appearing in famous films such as “Furious 7” and used by the Abu Dhabi Police Department to chase down high-profile criminals, the car is the definition of luxury; so much so, in fact, that its headlights and LED blades are made out of hundreds of 15-carat diamonds! Yet, the inside is just as impressive, as its 780-horsepower twin-turbocharged flat-six engine can go an impressive 395 kilometres per hour! However, with only seven in existence, they definitely are hard to come by!

Although the Pagani Huayra’s base model comes in at a relatively inexpensive $2.4 million, the most advanced rendition of it comes in at $3.5 million! Now, while it may look a lot more like a race car than a road car, it turns out that the Huayra is completely street legal. However, given that its 780 horsepower engine can accelerate to 100 kilometres an hour in just 2.8 seconds, we doubt even the fastest police cars could chase it down!

Created as the street-legal equivalent of the track-only McLaren P1 GTR, you wouldn’t be wrong to think that the $3.6 million McLaren P1 LM looks a little more sporty than most of the other cars on this list. Bringing luxury to a whole new extreme with its gold-plated engine bay, the car’s 3.8-liter twin-turbo V-8 engine allows it to accelerate to a maximum speed of 350 kilometres per hour. However, with only five of these ever made, you’re going to have a hard time finding them at your local car shop!

Italy is a country known for its luxury sports cars, so it’s no surprise that a Lamborghini made it on to this list! With veneno translating to the word “venom” in English, it’s no surprise that the car has killer looks to match its name! Yet, the $4.5 million Lamborghini Veneno’s unique exterior is only rivaled by its insane interior, which sports a 740 horsepower 6.5 liter V12 engine with a seven-speed single clutch that enables the car to accelerate from 0-100km per hour in as little as 2.9 seconds! However, you’ll likely have a hard time getting your hands at one; with only nine units in existence, their price at auction is often double or triple its retail price!

While you may have seen your fair share of carbon fibre cars on this list, the Koenigsegg CCXR Trevita brings this material to a whole other level by featuring diamond weave carbon fibre and high-end carbon fibre brakes. However, it’s not just the car’s materials that are jaw-dropping: sporting a 1,018 horsepower 4.8-liter twin-supercharged V8 engine, this car can reach speeds of over 410 kilometres per hour! However, if you want one of the speedy sports cars to be in your garage, you’ll have to have pretty deep pockets, as this Koenigsegg comes in at a whopping $4.8 million!

If you want a sleek and elegant car that makes you look like a million bucks (or should we say, 10 million bucks), then the Mercedes Maybach Exelero is for you! Debuted in 2004, this elegant machine not only looks sleek, but is incredibly powerful as well. Sporting a 690-horsepower twin-turbo V12 engine that can accelerate to speeds of 350 kilometers per hour, this car is the perfect marriage of looks and performance. However, this car isn’t one that can simply be picked up at your nearest Mercedes dealership; with only the extremely rich having the option of buying one, there is only an estimated 12 or so in existence today!

With only one $13 million Rolls-Royce Sweptail available in the entire world: this car is the definition of exclusive! Made via special request for an unknown billionaire, it was modeled after the luxury yachts of the 1920s and ’30s. And, it certainly is elegant: after all, the namesake “swept-tail” at the back of the car is truly one of a kind. However, it seems that this car’s road stats are just as mysterious as its buyer. For although we know that the car has a 6.75 litre V12 engine, no one knows for sure how fast the car can go or how quickly it accelerates. Yet, on our end, we just hope that Rolls Royce one day decides to make more than one of these beautiful machines!

If you’ve made it this far, you’ve finally come across the best of the best, the creme de la creme: the Bugatti La Voiture Noire. Translating to “The Black Car” in English, this car stands out by having a completely black carbon fibre body. Yet, the inside of the car is just as breathtaking as the outside: featuring a 1,500 horsepower quad-turbo W16 8.0 litre engine.

This car can reportedly reach speeds of up to 420km per hour! Unsurprisingly, such an impressive car comes at a rather impressive price; costing a whopping $18.68 million, only two copies of this car are built every single year. Therefore, while it is certainly not impossible to get your hands on one, it definitely would be quite the challenge!

Well, there you have it – The Top 10 Most Expensive Cars in the World. What are your thoughts?

The Life of Luxury works with car dealerships all around the world. Let us help find your dream, luxury car. We also have access to the best vintage and classic cars.

We hope you enjoyed the iRicher video and reading about the Top 10 Most Expensive Cars in the World. Return soon to follow our popular luxury blog. Start living a luxury life!