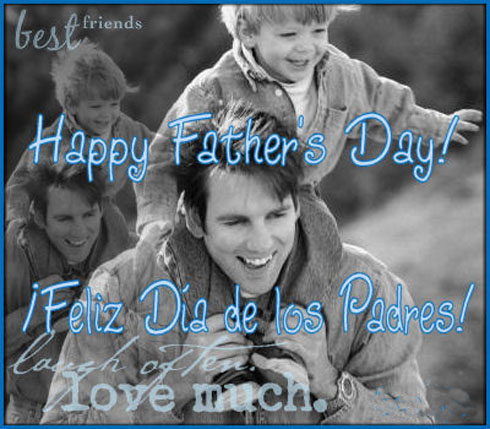 As Father’s Day approaches, it’s time to honor the millions of fathers around the world who work hard and try to be the best father they can, to their loving family.

Mrs. John B. Dodd, of Washington state, first suggested the idea of a “father’s day” back in 1909. Mrs. Dodd desired to have a special day to honor her beloved father, William Smart.

William Smart was a Civil War veteran and sadly became widowed when his wife died while giving birth to their sixth child. Mr. Smart was then left to raise the newborn and his other five children all by himself on a rural farm in eastern Washington state.

As Mrs. Dodd became an adult, she realized the strength and selflessness her father, and the sacrifices me made to raise all his children as a single parent.

The first Father’s Day was observed on June 19, 1910 in Spokane Washington. Around the same time in towns and cities across American, other people began to celebrate a “father’s day.”

In early times, wearing flowers was a traditional way of celebrating Father’s Day. Mrs. Dodd favored the red rose to honor a father still living, while a white flower honored a deceased dad.

J.H. Berringer, who also held Father’s Day celebrations in Washington State as early as 1912, chose a white lilac as the Father’s Day Flower.

In 1924, President Calvin Coolidge initially supported the idea of a national Father’s Day. Years went by but no formal declaration was ever made. Finally in 1966, then President Lyndon Johnson signed a presidential proclamation declaring the 3rd Sunday of June as Father’s Day.

Father’s Day has become a special day in June to not only honor your own father, but all men who may have the role as a father figure. For that reason, stepfathers, uncles, grandfathers, and adult male friends are all honored on Father’s Day.

To all fathers out there, have a very special Father’s Day. You deserve it.