Super Bowl Sunday – It’s A Sure Bet in Las Vegas 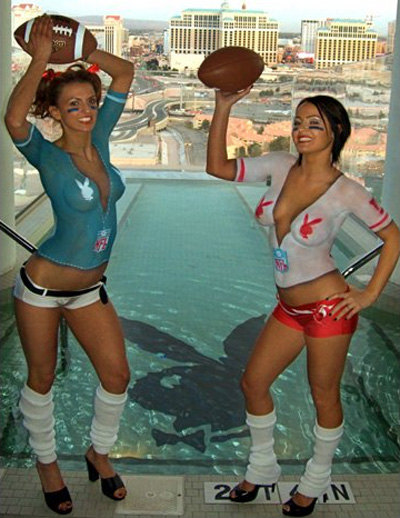 It’s no secret that Super Bowl Sunday is the biggest sports gambling day of the year. The various sports books in the state of Nevada expect to take in over $90 million in bets! This estimate is slightly down from last years amount of $92 million.

Anybody who visits bustling Las Vegas knows it’s a whirlwind of sensory on steroids overload. You experience smoke-filled rooms and larger-than-life televisions in sparkling high-definition.

As the big game nears, betters wait in anticipation of Sin City’s biggest sports gambling day of the year. While the rest of the nation recently wrapped up its holiday season, Las Vegas sports books are readying themselves for Thanksgiving, Christmas and New Year’s Eve all wrapped in one glorious afternoon of hedonism – Super Bowl Sunday.

All that matters is what happens on the field, not what bets are made in Las Vegas. The Pittsburgh Steelers are one touchdown favorites in most betting books, over the surprising Arizona Cardinals in Super Bowl XLIII. A missed call by the refs or a muffed play by some rookie back-up can mean a swing of millions of dollars either won and lost.

Yes, economic hard times have even affected the usually nonplussed gamblers among us.

The allure of Super Bowl Sunday is not easy to miss. Given the pairing of our national obsession with the NFL and gambling, it makes sense that the two paradymes join forces so nicely on Super Sunday, considered by many a national holiday.

Regardless of how you feel about football or betting in general, this is really big business, and not for the faint of heart.

In Las Vegas, even though the game is often played on the other side of the continent, the Super Bowl draws visitors at a rate comparable to any national event such as New Year’s Eve, the Chinese holidays and college basketball’s March Madness.

What many don’t realize is that the bets are not only made on the final winning team or score but hundreds of variations and even events that don’t transpire between the two football teams.

For example, sports books take bets on which team will win the coin flip, how long it will take Jennifer Hudson to sing the national anthem (with the over-under opening at 1 minute, 55 seconds), which song Bruce Springsteen will begin the halftime show with, and how many different food types broadcaster John Madden will mention during the telecast.