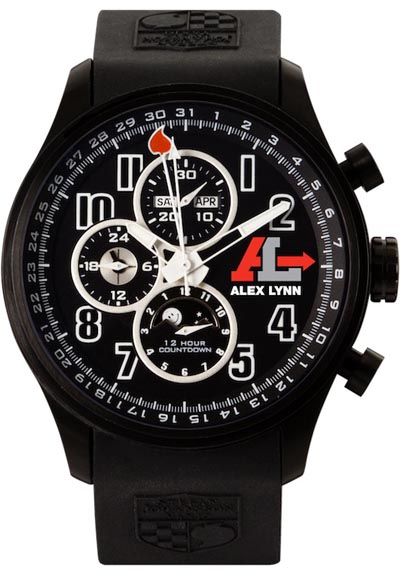 The British Formula 3 season promises to be another action packed season. The racing circuit has 10 events and 29 races scheduled throughout Europe. Driver Alex Lynn is set to debut in the Formula 3 series after winning the 2011 championship in Formula Renault, where he racked up an impressive 12 wins during the season.

The talented 18-year-old rising star of British Motorsport has caught the eye of legendary Formula One driver Stefan Johansson, who for the first time has agreed to sponsor a driver.

“This is my first initiative to sponsor a young athlete which I believe have all the ingredients to go all the way in their respective field. I have always been interested to try and help young drivers that have exceptional talent, and I believe Alex clearly falls into this category,” said Johansson.

Stefan Johansson, continues, “I have been following his progress the last few years and if he continues on the same path it won’t be long before we will see Alex reaching the top of the ladder in our sport. I am proud and honored to be a part of the team that will make Alex realize his dreams and goals.”

In addition to his continued involvement in motorsports both on and off the track, Johansson is enjoying a second career designing racing inspired Swiss timepieces for his eponymous line, Stefan Johansson Vaxjo. These complex mechanical wonders are put to the ultimate test of being worn by a professional driver during an actual race. They must withstand the vibrations of the steering wheel while negotiating sharp corners as well as, numerous gearshifts and thousands of miles of track.

“Naturally, I’m thrilled to have the opportunity to partner with Stefan, his watches are cool and his illustrious career is certainly an inspiration to me! We’ve known Stefan for a few years and I have always appreciated his help and advice along the way,” Said Lynn of the partnership. “Stefan knows what you need to do to get the job done in motorsport and when he suggested the watch partnership, I was really pleased. It will be extra motivation to me to be wearing my Stefan Johansson Växjö watch as I compete!”