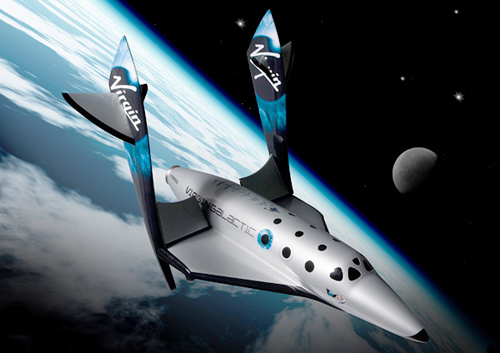 Aerospace engineers have been busy over the last four years, secretly working diligently in a Mojave Desert hanger. Their goal: develop a commercial spaceship to loft rich tourists 62 miles above Earth.

This ambitious venture is the work of British billionaire Richard Branson and American aerospace designer Burt Rutan. Last week, the team rolled out their ship and it will begin a rigorous flight test program that space tourism advocates hope will result in the first suborbital joy rides by the end of the decade.

Interest is high and already 250 wannabe astronauts have paid $200,000 or put down a deposit for a chance to float weightless for a mere five minutes.

The commercial spaceship, named White Knight is a twin fuselage ship with the same wingspan (140 feet) as the Boeing B-29 Superfortress, a World War II bomber.

The SpaceShipTwo is the size of a corporate Gulfstream and is capable of carrying six passengers and two pilots. Both ships will be built wholly from ultralight composite materials.