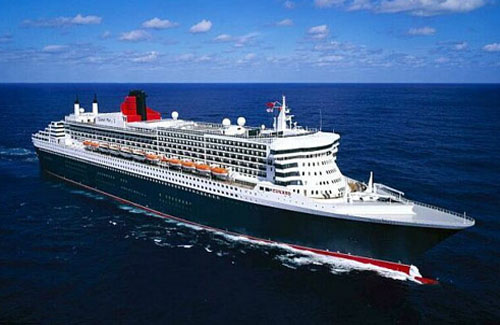 It appears there finally is a plan for the iconic Queen Elizabeth 2 (QE2) cruise liner after all.

The Queen Elizabeth 2 cruise ship was originally launched way back in 1967. The luxury QE2 ship began service in 1969 and since has made over 26 round-the-world voyages.

The QE2 was purchased in 2007 by Istithmar, which is large investment company that’s owned by the government of Dubai. The estimated purchase price for the luxury ship was £64 million or about $100 million US.

It was announced that Dubai is moving toward turning Queen Elizabeth 2 cruise liner into a floating hotel.

Since the purchase, the future plans of the QE2 were up in the air. Initially, the goal was to completely overhaul the ship and turn it into a luxury hotel. Those plans were shelved due to the global recession which really hit hard Dubai’s economy.

Sultan Ahmed bin Sulayem, chairman of Istithmar stated that the company became aware visitors to Dubai desired to see the QE2 remain in its originally look. Due to that, there are no major changes expected. He was quoted, “QE2 is without a doubt one of the wonders of the maritime world, and is easily the most famous serving liner in the world today.”

Since the Queen Elizabeth 2 arrived at Port Rashid, it quickly became the emirate’s hottest tourist attraction. It’s expected to take about 18 months for the conversion to be completed. When done, the QE2 will become a luxurious, 300-room floating hotel!

According to Bloomberg, Istithmar is currently in talks with three hoteliers, including Jumeirah Group, to manage the property.