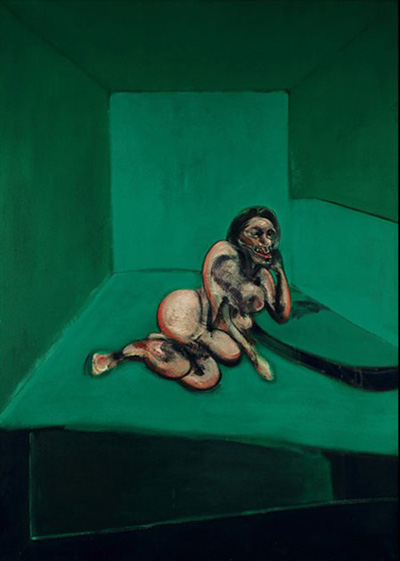 An iconic painting by Francis Bacon’s titled “Crouching Nude” will be auctioned for the first time in June by Sotheby’s.

This large-scale painting masterpiece from Francis Bacon was actually painted at the peek of an affair Francis Bacon had with a former World War Two fighter pilot.

It is expected that Bacon’s “Crouching Nude” painting could receive as much as 9 million pounds ($15 million) during the June auction at famous auction house Sotheby’s.

Sotheby’s holds its Contemporary Art Evening Auction in London on June 29, and the Francis Bacon painting will be the headline item.

Painted in 1961, Bacon’s “Crouching Nude” is one of the female artist’s large-scale paintings, measuring 198cm by 145cm.

“Alongside Picasso, Bacon is the outstanding postwar artist and his ‘Crouching Nude’ of 1961 is a magnificent painting which epitomizes the artist’s work at this important moment in his career,” said Oliver Barker of auctioneers Sotheby’s.