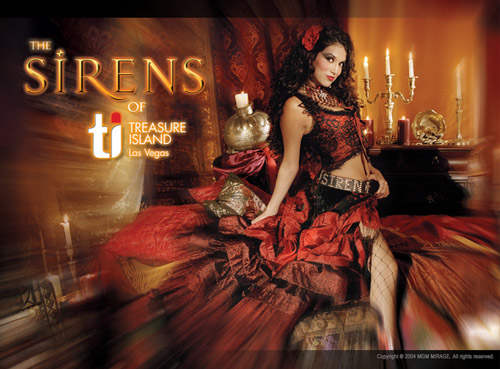 The Sirens of the TI takes place in the same location as the previous “Pirate Battle” show Buccaneer Bay — now called Sirens’ Cove at the front entrance of TI Treasure Island Hotel and Casino.

The word “Sirens” presumably was taken from Greek mythology. They lure a ship full of pirates to their cove, capture them, sink their ship, and then … have sex with them?

The Sirens show was created by award-winning director and choreographer Kenny Ortega, the production features a clash between a group of beautiful, tempting sirens and a band of renegade pirates.