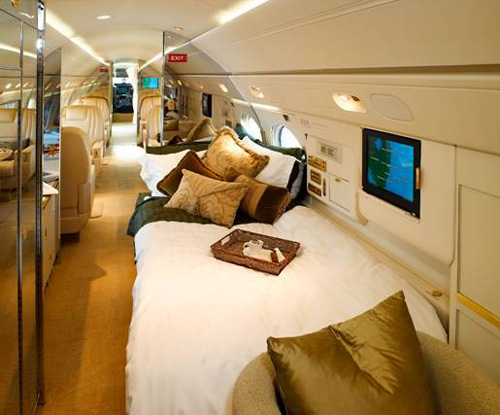 Imagine not having to deal with the hassle of luggage fees or wondering if you’ll miss your connecting flight because of weather delays.

Those are just a couple of the perks associated with private jet travel. While most of us can only dream of indulging in such a luxury there are some who exclusively fly via private plane.

They are the ones who do careful trip planning and don’t need to look for private jet travel bargains.

However, if you have been saving up to splurge on a once in a lifetime trip you might consider the following private jet package deals.

TCS Expeditions is offering a deal to see some of the world’s most famous sights in Europe, the Middle East and Africa. You’ll spend two weeks flying on your own 757 from London to the mysterious sandstone city of Petra in Jordan; India’s famed Taj Mahal and the pink-stone capital of Rajasthan, Jaipur; Morocco’s ancient trading city of Marrakech; the desert metropolis of Dubai; and Egypt’s ancient Luxor and the Valley of the Kings. The trip is priced at $38,950 per person, with deluxe hotel accommodations, meals, tours, and even gratuities included.

If the cost of that adventure is too steep you might consider taking a more affordable private jet jaunt around Europe by British tour operator, Jeffersons. You choose from day trips to six-day journeys; all include roundtrip flights in a private jet (departing from smaller airports around London); complimentary drinks on the outbound flight; limousine transfer to and from the hotel; and accommodation with continental breakfast.

One example being offered right now is a two-day stay in historic Bruges in Belgium, in a luxurious suite at top-rated Hotel de TuilerieÃ«n. The cost is $7775 per person, based on two people traveling, or $4293 if you gather a group of four. Some of the other available destinations include Paris, Venice, Monaco, Capri, and Madeira.

Finally, if money is no object then consider signing up for Abercrombie & Kent’s ultra-luxe travel package. The company’s Nine World Wonders trip departs next March and lasts 26 days.

The flight departs Miami and returns to Boston after taking you around the world to see the planet’s most incredible sights, including the dramatic Inca city of Machu Picchu, the mysterious Easter Island and Cambodia’s temple city of Angkor Wat. Sounds exciting, right? Hold on to your wallets if you are taking the flight. The mega-adventure comes with a hefty price tag: $89,800 per person.