Pricey Restaurants Around The World 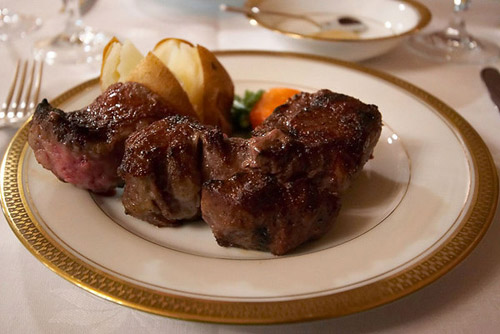 Ever got sticker shock looking at an upscale restaurant’s menu? How about shelling out $150 just for a last-minute cancellation of a dinner reservation?  You will at “Masa”, the sushi temple in Manhatten – New York.

Although eating out in New York is expensive, it palls compared to other cities around the world.  London tops the list with an averga edinner check of $79, according to the 2008 Zagat survey.  Paris is second at $74 and Tokyo third at $70. New York patrons only average $39.  Full article