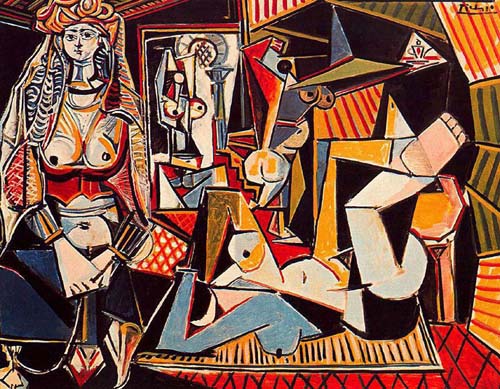 A world record was set last week when a Pablo Picasso painting from 1955 sold for a a staggering $179.4M! The previous record was $142.4M for a painting titled “Three Studies of Lucian Freud” by British painter Francis Bacon. That prized painting was sold in a 2013 art auction by Christie’s in New York City.

The final auction bid price for the Picasso painting was $179,365,000. For now, the painting buyer has decided to remain anonymous.

The Picasso painting was titled, “Women of Algiers (Version O).” The painting was part of the 15-piece collection by Pablo Picasso, he created between 1954 and 1955. Each piece was assigned a letter, thus “Version O” for the “Women of Algiers” painting. The art was previously owned Victor and Sally Ganz, who are well known American collectors.

Many art experts feel prices for high art prices like the Picasso painting will continue to rise. It’s a result of the huge investment value, combined with art collectors, both established and new, who desire the best art pieces from the most famous artists.

To back up the spike in fine art art auction prices, in 2014 Christie’s has stated their global sales of impressionist and modern art totaled an eye popping $1.2 billion. That value was 19 percent higher than in 2013.

The Picasso painting wasn’t the only world record broken that night. A prized sculpture from Alberto Giacometti sold for $141.3 million, this becoming the most expensive sculpture ever sold.

Have you desired to own a great piece of art to display in your home or add to your prized art collection? Contact us as we have many contacts with private sellers of fine art or can keep you posted on upcoming art auctions. Keep up with the latest luxury art news by reading this popular luxury blog.