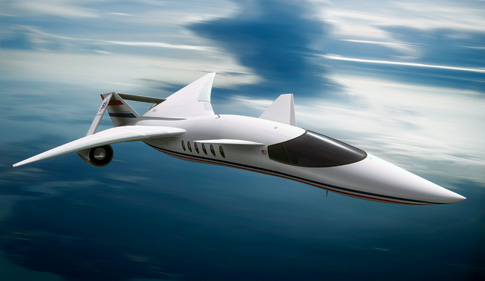 Private jets are getting faster, more expensive, and offer more luxury features. But what does the future hold for private jets?  Halogen Guides looks at four key trends they feel will reshape the world of private aviation.

Aviation has been well served by aluminum. It is strong, durable, and easy to repair, but it has its drawbacks. Limitations of the metal itself, its strength, flexibility, and most of all weight, are a major factor in aircraft design. Manufacturers have long looked to composite materials as a way of breaking free from these restrictions, but have been hampered by both the high cost of composites as well as their brittleness. But new developments in the fields of thermoplastics and metal alloys, in particular aluminum-lithium, and a drop in the price of more time tested materials like carbon fiber, mean that private jet designers are at last able to employ these materials in their plans. Grob Aerospace’s forthcoming “spn” light jet is using carbon fiber to create a roomy cabin on a plane whose size generally dictates that customers remain hunched over while standing. Moving forward, we can expect that new materials will allow for higher speeds, greater fuel efficiency, and more maneuverable aircraft.

The dream of supersonic civil aircraft has largely been hampered by public outcry over the prospect of sonic booms echoing loudly over the land. But new research suggests that planes may be able to circumvent, or at least dampen, the once seemingly inevitable sonic boom. The advancements involve changes in fuselage shape, which can break up and reshape the waves which cause the boom. The Nevada-based consortium, Supersonic Aerospace International, has already taken orders for its QSST jet. Designed by aerospace pioneer Lockheed Martin, the jet will be able to fly from LA to New York in a little over two hours.

Private aviation is often considered one of the worst culprits for greenhouse gas emissions. With a growing recognition of the dangers of global climate change, not to mention the ever-increasing cost of jet-fuel, manufacturers are pursuing designs for the next generation of jets that emit less and fly further, while burning less gas. The pair of Rolls-Royce BR725engines which will be mounted on Gulfstream’s next generation G650will have four percent better fuel consumption and 21 percent better NOx emissions than previous models.

Very light jets may be getting the most buzz these days, but they may have to make room for an even daintier competitor. Designs for personal jets, single pilot, owner-operated aircraft with room for one to four passengers are springing up all over manufacturer’s whiteboards. Maverick Jets offers its SmartJet, a pint sized plane not unlike the Smart Cars one sees careening through European cities. Meanwhile, Cirrus has been generating the most buzz of late with mockups of its personal jet, called simply “The-Jet.” The Jet’s single engine mounted above the fuselage will power the plane to speeds up to 345 mph, at an altitude of 25,000 feet, and a range of 1,000 miles. And for anyone who might feel uncertain testing their flying skills in a jet, The-Jet comes complete with its own nose-mounted parachute.
Article by: Halogen Guides