It’s been touted as the long-awaited coupe version of the top-selling Rolls-Royce Ghost. Soon we will all be able to feel the Rolls-Royce Coupe Wraith.

Luxury car maker Rolls-Royce first began using the Wraith name back in 1938. For months, there have been reports of prototypes of a large coupe being test in Europe.

Rolls-Royce CEO Torsten Müller-Ötvös was quoted, “Rolls-Royce Wraith will draw superlatives when it is unveiled in Geneva. Expect the boldest design, the most dramatic performance and the most powerful Rolls-Royce that has ever played host to the famous Spirit of Ecstasy figurine.”

The official unveiling will occur at the March 5 press day for the 2013 Geneva Motor Show in Switzerland. The above video is a teaser from Rolls-Royce. 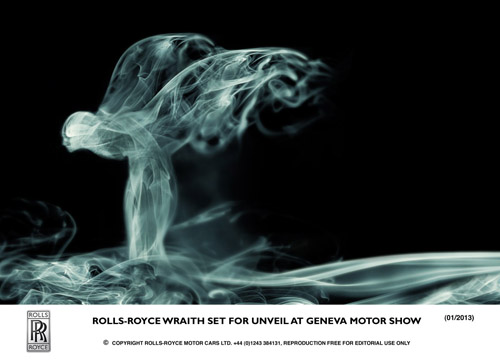 So will the Rolls-Royce Wraith be the most powerful and dynamic car ever launched by the illustrious British automaker? Only time will tell.