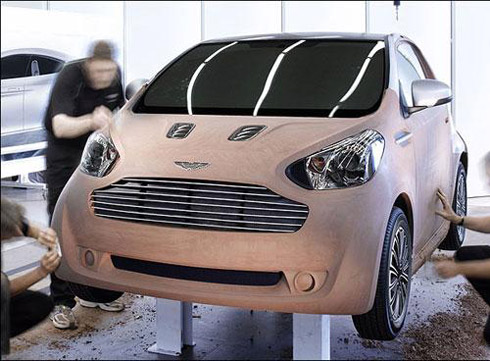 Luxury British auto manufacturer Aston Martin is changing its strategy a bit. It plans to morph its stylish, Aston Martins sports car into the Cygnet microcar.

In collaboration with Japanese automaker Toyota, Aston Martin will sell the compact car concept, the Cygnet.

The Cygnet is based on the Scion iQ micro-subcompact hatchback.

It will be interested to see how the luxury car markets responds. It’s quite a shift for Aston Martin, as the world-class sports car maker has a long history of luxury and quality, including V8 Vantage.

Aston Martin has not finalized the price of the Cygnet, but it may have a staggering starting price of $35,000. This level is approximately $20,000 higher than forecasted base price of the Scion iQ.

The Aston Martin 2,000 of its iQ mini-commuters to be adapted, with a target sale date of 2010 in Europe.

Aston Martin is known around the world as the car of choice of British spy James Bond 007, The company will graft its signature grille onto the iQ microbox.