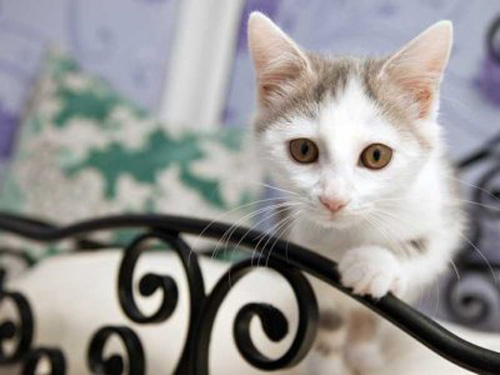 We all love our pets but how far would you go to pamper your pet?

The company launched in 2010 when founder and owner Abi Purser could not find a suitable place to keep her cat – Norman while on a cruise. The Longcroft luxury cat hotel was his creation.

The existing Longcroft hotels pamper kitties with scratching posts, personal gardens and kitty climbing equipment in each room. Pet owners can indulge in personal grooming sessions, splurge for a photo shoot package, or sign up to receive electronic postcards from their cat.

Suites range in price from $25 for a single cat staying in a large suite to $96 for five felines sharing a super-sized suite. Only cats from the same family are allowed to stay in the same room. The hotel works on an appointment only basis so there are not a lot of cars coming and going at all hours.

If plans are approved, the hotel could potentially open by early 2013. Abi added that she was ‘excited’ about the prospect of coming to the town, and thinks it is ‘fabulous’. Local people would be invited to an open day to view the facility and see what is offered.