Lou Gehrig Legacy – One of Irony 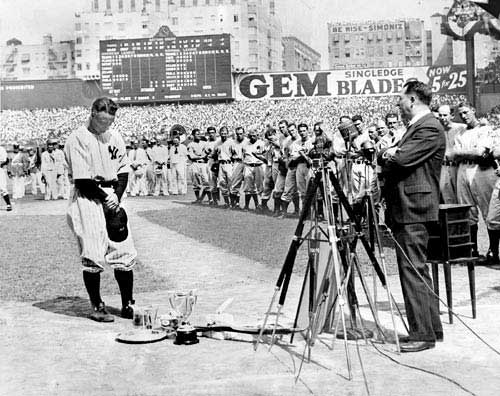 Irony, as we know, is part of life. And death. Is there a better word to use regarding Lou Gehrig?

Think of his nickname: “The Iron Horse.” It implies endurance. It recalls an indestructible man, one who never called in sick for almost 14 years — 2,130 consecutive games, as if we could ever forget that number?

And yet, at age 35, in what should have been the prime of his life, the Yankees first baseman contracted an incurable disease. Two years later, at 37, The Iron Horse was dead.