Incline Village at Lake Tahoe – An Historic Past 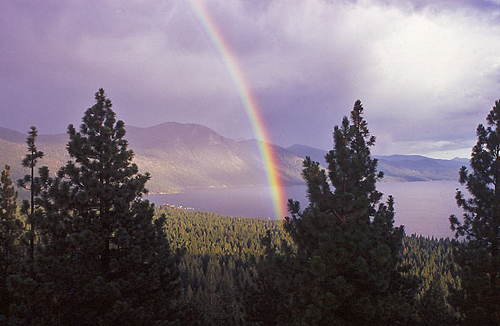 Incline Village at scenic Lake Tahoe in Nevada, was named for the Great Incline Tramway built by loggers in 1878.

Today, Incline is where some of the world’s wealthiest people have built stunning mountain retreats. This eastern North Shore enclave features some of Tahoe’s most relaxing beaches and a genteel approach to Lake life.

In summer, theatergoers congregate to see the Lake Tahoe Shakespeare Festival at nearby Sand Harbor. Mountain bikers can get their game on with screamers down the Flume trail, which drains into the Village.

Incline Village is steeped in history dating back to the early and mid 1800’s. Lake Tahoe’s first real residents were the Washoe Indians and Paiute Indians. As more and more settlers moved west there started to be small communities popping up along it’s shores. During the mid 1800’s Incline Village really started to bustle, it was an excellent source of lumber needed in Washoe Valley & Virginia City.

Incline Village came by its name from the Nevada mining days. The logs they hauled out were carried vertically nearly 1400 feet to a V flume. In 1884 the Incline Village had it’s own official zip code and was on the map!

But by 1897 the logging was all done and the land was left in a state of immediate disrepair. It wasn’t until the 1930’s when people started building summer homes and traveling the one lane road into Incline Village.

Captain George Whittell saw an opportunity and bought all the land, he built a stone castle on the shores near Sand Harbor that can still be seen today. In the 1950’s, the Crystal Bay Development Company approached Captain Whittell offering to purchase the 9,000 acres to build a planned community.

In the 1960’s, construction began in Incline Village. Roads were built, a ski area was designed, beaches were developed, and a golf course was being planned. Construction boomed in the area and custom homes and condominiums were being built along Lakeshore Boulevard.

In an effort to keep the history of the early logging days, Crystal Bay Development officially named this new community “Incline Village”. In the late 1960’s, a high school was built and the community was on its way.  In 1976, Incline Village became a year- round residential community.

Today, Incline Village is a healthy community with signs of a healthy future. Although the people who live in Incline come from all areas of the world with different backgrounds, they have one thing in common, a love for Incline Village and Lake Tahoe.