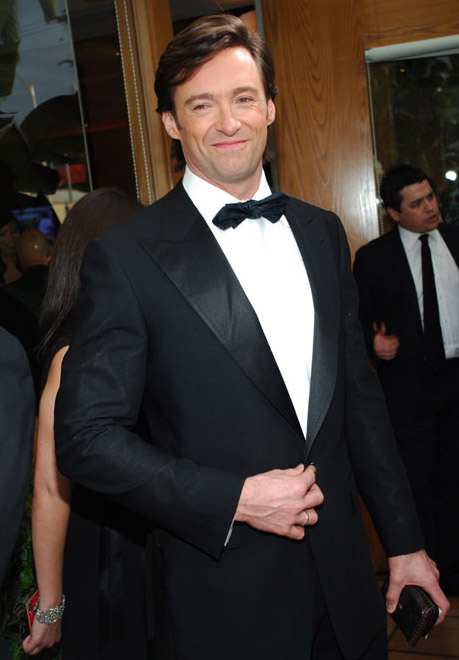 In what will probably be the most important event of his life, and by far the biggest boost to his career so far, actor, singer and dancer Hugh Jackman has been announced as People’s Sexiest Man Alive.

Hugh Jackman just turned 40 years old on October 12th and is on a roll.

People magazine’s executive editor, Jess Cagle, said Wednesday on NBC’s “Today” show that Jackman is a “surprising choice,” but he’d been on the editors’ minds “for a long time and it seemed like this was the year to do him.”

Jackman is a native of Sydney Australia and made a splash in a high school production of “My Fair Lady”. In 1998, he got raves as the lead in a London production of “Oklahoma”.

Next, Hugh Jackman will star In the highly anticipated upcoming movie “Australia”. Co-star Nicole Kidman says the 6-foot-2 actor was s hot on the movie set that he “left people stammering. Women’s jaws drop when Hugh walks into a room.”

Jackman is a happily married man and had this to say about is family, “Deb (Deborra-Lee Furness) and my kids (Oscar Maximillian – 8, and Eva Elio – 3) have been the best things that have ever happened to me, without a doubt.”