Haunted Tales From The Historic Hotels of America 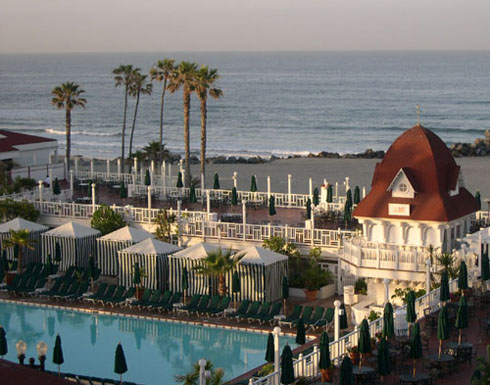 As Halloween approaches and you begin to make your holiday season travel plans, do you really know the history of the hotel you are staying in?

Here are a few spooky, Halloween tales of famous haunted hotels in the United States.

Historic Hotels of America, part of the National Trust for Historic Preservation, has gathered dozens of ghostly accounts from its member properties around the country.

Below are six chilling stories from its archives. Fact or fiction? I suppose that depends on whom you ask. Do you believe in ghosts? Which haunted tales are true and do you have the courage to find out for yourself?

For details or bookings at any of these hotels, click the appropriate link below ….. if you dare.

Guests and employees of the Hotel Monteleone in New Orleans have reported unusual activity at this French Quarter landmark. Some say they’ve come across the invisible “doorman” of Le Cafe, who likes to open and shut the restaurant’s doors, or the ghost called “Red,” a hotel engineer from years ago who still dutifully makes his rounds. One entity known as “Solemn John” is thought to be a Tennessee businessman who took his own life after losing money in a deal during the Great Depression — look for the dapper gentleman in a suit, circa the 1930s.

The Menger Hotel opened in 1859 next to the Alamo in San Antonio and is reported to have so many resident ghosts that it’s a wonder there’s any room left for the paying guests. Supposedly, at least 32 apparitions have been spotted here. Among them is chambermaid Sallie White, killed by her jealous husband in March 1876. The bill for her $32 funeral was paid by the Menger and recorded in the hotel ledger. She walks the halls in her late 19th-century housekeeping uniform, carrying towels that she never delivers. Then there’s Capt. Richard King, who enters his old suite through a spot in the wall — it’s where the door used to be during his time. One modern-day guest said he stepped out of the shower and found the figure of a man in a buckskin jacket and gray trousers standing next to the bed and talking to an unseen person. Perhaps he wandered over from the Alamo?

The Don CeSar Beach Resort near St. Petersburg, FL, has strange stories of its own. While studying in Europe in the 1890s, Thomas Rowe fell in love with a young woman named Lucinda, but eventually her disapproving parents quashed the relationship. He went on to build the Don CeSar, known for its distinctive pink facade, in 1925. In the lobby he placed a replica of the courtyard and fountain where he and Lucinda used to meet in Europe. The fountain is no longer there, but some report the sudden appearance of a dark-haired beauty and a man in a Panama hat, walking hand-in-hand and then fading away.

The art deco Georgian Hotel in seaside Santa Monica in Southern California housed a popular speakeasy toward the end of the Prohibition era. It attracted mobsters like Bugsy Siegel and Al Capone, as well as Hollywood folks like Clark Gable and Carol Lombard. Nowadays, the hotel gets attention for spirits of another kind, mainly in the hotel’s Speakeasy Restaurant, which is used for special events. Some have heard running footsteps and seen transparent figures. A chief engineer repairing a pipe said he felt an unseen visitor sit down beside him and then let out a deep sigh. Another employee often heard a disembodied voice offer a friendly “good morning” in the restaurant. This continued until the day the staffer decided to respond with the same greeting.

At the grand, seaside Hotel Del Coronado near San Diego, guests and staff have reported strange occurrences. A traveler who neatly placed his shoes and socks by his bed each night would awake to find them tossed across the room. In the gift shop, some say they have seen cocktail glasses fall off a shelf yet land upright and undamaged on the counter below. One of the most enduring supernatural legends is that of Kate Morgan, who is thought to have committed suicide on the property in 1892. Since then, witnesses have reported odd noises, eerie faces and the ghostly figure of a young woman in a black dress. Check into room 3327 for a possible encounter with Kate.

Henry Doherty was a minority shareholder in the Omni Shoreham Hotel in Washington, DC, and in 1933 he moved into a suite of rooms here, living with his wife, daughter and the hotel’s executive housekeeper, who looked after the family. The daughter and housekeeper died suddenly and mysteriously, just a short time apart from each other. It’s said that after Mr. and Mrs. Doherty moved out in 1973, strange things started to occur at the hotel: TVs and lights would turn on at 4 a.m., housekeeping carts would move on their own and people reported feeling a breeze where there were no open windows or doors. One guest staying adjacent to the former Doherty suite complained of strange noises coming from next door, although the room was unoccupied. The Omni Shoreham has restored these accommodations and now calls it the “Ghost Suite.”