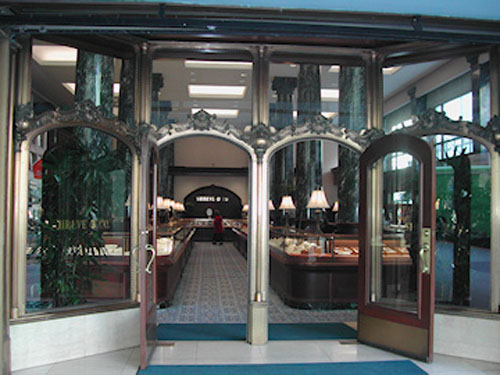 Shreve & Co. is San Francisco’s premier jeweler and this year marks a significant milestone in company’s long history. 2012 is a special year for Shreve & Co. as it commemorates another big milestone with its 160th Anniversary.

Since 1852, Shreve & Co., originally The Shreve Jewelry Store, has been a vibrant part of the Bay Area fine jewelry industry and a champion of spectacular designs and established designers.

Shreve & Co., formerly The Shreve Jewelry Store, was founded in San Francisco in 1852, and incorporated in 1894.

In the past 160 years, Shreve has hosted only the highest quality of fine jewelry and timepiece designs, ranging from Mikimoto and Rolex, to Hearts on Fire, Wellendorff, and (newly) Patek Philippe.

With an unmatched offering of only the best luxury products, Shreve & Co. continues to uphold its reputation as the premier destination for distinguished timepieces and exquisite jewelry.

During the month of May, Shreve & Co. honors its storied past by celebrating the present and looking toward the future by hosting an exclusive, invitation-only reception for some of its most loyal clientele, and inviting those who are new to Shreve, to understand why it has been on top for 160 years.

Shreve & Co. President Glen Ross says, “I feel honored to be a part of this wonderful occasion. Shreve is proud to be the oldest existing retailer in San Francisco and honored to have served the myriad of personalities that create San Francisco, as we celebrate yet another unique milestone.”