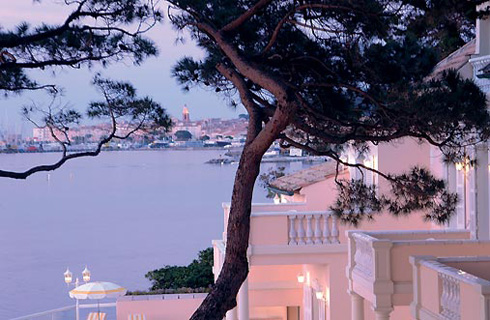 One of the major must-see excursions, while vacationing on the Cote d’Azur, is Saint Tropez. This lovely location for a luxury villa rental and a wonderful diversion from the hustle and bustle of modern life, and in some ways, from reality.

Some people just take in Saint Tropez for a one hour beach stop, though the length of time that you stay in this lovely destination is fully up to you. Saint Tropez is a well-known vacation spot for the famous, and the rich, yet it has a very interesting, and unexpected history.

Saint Tropez began as a small fishing community, and has been around since the days of Nero. Nero killed a Roman citizen named Tropes, for his faith in Jesus Christ. Because of Tropes’ proud and public acknowledgment of his religious beliefs, Nero perceived him to be a threat to his government.

Tropes’ head was chopped off, and his body was sent out to sea. The boat then resurfaced in the small fishing village of Saint Tropez, and Saint Tropez became a well-known as a place of solace and escape from persecution.

Nowadays, Saint Tropez is more well-known for its visitors that are not so politically, or religiously inclined. The wealthy and well-known flock to Saint Tropez on a daily basis. The first celebrity to make an appearance was Paul Signac. Paul was a famous painter of the impressionist school.

Many other artists followed suit after Paul, but Saint Tropez didn’t become the trendy hub that it is now, until the late 1950’s. Around this time Brigitte Bardot bought land on the island after shooting a movie there. She fell in love with the island’s beauty and drama.

You will find that many famous people own some land on the lovely island. Some people have large yachts that they keep on Saint Tropez as well. These are some of the many things that make Saint Tropez an ideal destination if you’re looking for villas to rent in France and for anybody who wants a taste of the glamorous life.

You will see nothing but glamor on this beautiful island. Some of the more attractive elements of Saint Tropez are its adorable twisty streets, and airy feeling, lightly colored villas.

There is a traditional French town square, where elderly gentlemen play games like chess and petanque. There is also tons of shopping in Saint Tropez that rivals the shopping available in Hollywood, California. There are many glamorous boutiques, and adorable places to eat. The island has seemingly been built for the rich and important.

This is why one of the favorite activities for some of the lesser-known Saint Tropez vacationers, is people watching. The summer months are the some of the best times to visit Saint Tropez. The street traffic is pretty terrible, but the beaches are exquisite.

During the Winter and Spring months, you will find that Saint Tropez is not very crowded. You can enjoy the city as a more romantic getaway, and secluded destination.