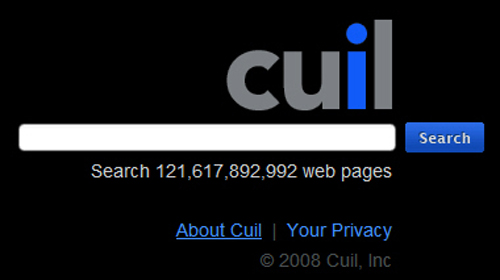 Anna Patterson used to work for Google, after quiting in 2006. But her efforts earlier in her career led to Google buying her Internet search engine technology in 2004, to upgrade it’s own system.

Now Patterson thinks she may have struck gold again, but this time she’s not selling the search engine technology. Her goal was to develop a more comprehensive and efficient way to scour the Internet.

The new search engine is called “Cuil”, pronounced like “cool” and was funded by $33 million in venture capital. Working with her husband Tom Costello and two former Google engineers, Russell Power and Louis Monier, they set out to develop better ways to search.

Instead of trying to mimic Google’s methods of ranking the quantity and quality of links to Web sites, Patterson says that with Cuil, the technology will drill down into actual page content.  In addition, Cuil’s search results will be displayed in a more magazine like format versus the vertical stack of Web links like Google offers.

The other big difference between Cuil and Google, is that Cuil promises not to retain information about uses’ search histories or surfing patterns.  This has been a sore soft in the industry, especially with privacy watchdogs.

Only time will tell if Cuil can really challenge Google for the crown of top search engine. Even heavyweights like Yahoo and Microsoft have been losing ground to the Internet giant.