Dressed Not to Be Killed 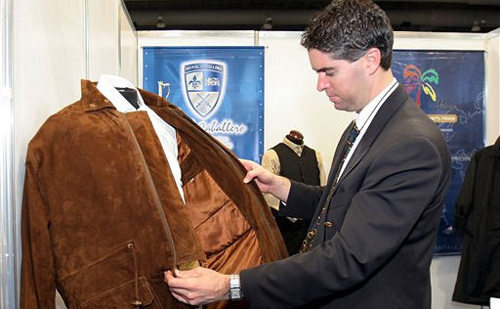 For the English socialite worried about getting shot, oversize paramilitary gear simply won’t do. Fortunately, London’s super rich can now maintain their security without sacrificing style.

Customers get to select from three levels of ballistic protection. For instance, a polo shirt that can withstand a slug from a 9-mm revolver costs roughly $7,500; a version for about $9,800 protects wearers from automatic weapons, including mini-Uzis.

The Colombian designer began producing high-security fashion 16 years ago while studying at Bogotá’s Los Andes University, where his classmates–many of whom were the children of politicians–wore protective vests that were heavy and nondiscreet. Fast-forward to his latest leather jacket, which weighs a trim 2.6 lb. (1.2 kg) and doesn’t scream bulletproof.
Full article