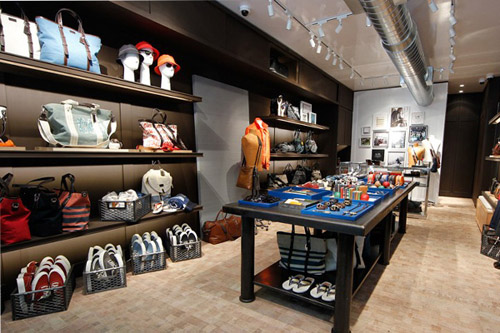 As a leading U.S. retailer of luxury products,  Coach produces lifestyle handbags and accessories for the luxury market that include other exclusive brand heavyweights such as Hermes, Louis Vuitton, Prada, and Gucci.

Coach’s main driver of sales are their handbags.  For various reasons, Coach has seen its sales of handbags as a percentage of total sales, decline from 65% to 62% since 2005.

During this same time period, sales of Coach accessories – belts, wallets and wristlets have increased from 28% to 29%, again as a percentage of total product sales. Coach has successfully made a focused effort in recent years to increase that company’s accessory sales.

It’s no secret that women have long been the dominant focus of both luxury retailers and designers.  Women have traditionally spent far more than men on clothes and accessories.

But there has been an increase demand for men’s luxury products as men’s fashion choices grow more sophisticated. This shift has led to a new channel of growth in the luxury industry, which has suffered in this global economic recession.

For example, in both the U.S. and U.K. over the past five years, there has been an increase in men’s designer clothing sales at a rate twice that of the women’s sector.

Even in developing countries such as China and India, the men’s luxury market grows at a fast pace between 25-35% annually.

Given the overall growth in men’s luxury sales and the current increased focus by Coach, the company could see strong growth in the next several years, before its luxury industry competitors begin playing catch-up.

One of the newer strategies by Coach to further develop the mens’ luxury market, is to open all men’s stores in the near future.