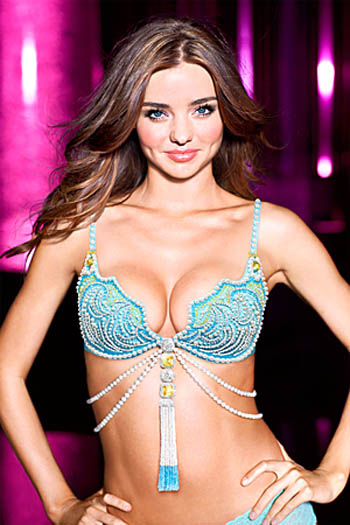 Miranda Kerr is one of the world’s top models and married to attractive Hollywood actor Orlando Bloom.

As the upcoming Victoria’s Secret fashion show is nearing, scheduled to air in November, Miranda Kerr was given a nice welcome – wearing a stunning $ 2.5m bra.

Helping to promote the Victoria’s Secret show, Miranda Kerr got to try on and pose with the Fantasy Treasure Bra, worth a staggering $2.5 million!

The luxurious jewel-covered bra will feature 142 carats of diamonds and crusted with incredible in pearls, aquamarines and citrines.