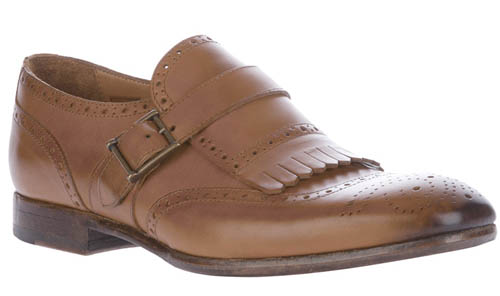 Britain has long punched above its weight in the field of fashion, and Sir Paul Smith is one of the most iconic living Brits providing luxury designer clothes for men and women. Royal Mail recently released a limited series of stamps celebrating British fashion and included a design from Sir Paul Smith, who began his career on Saville Row in the 1970s dressing fashionable Londoners and musicians such as Robert Plant.

Smith’s smart designs with a twist have come to embody the London look of polished insouciance, and his muses range from punk singer Patti Smith to the bright patterns of vintage Pucci and the lines of classic bicycles. Smith is the darling of men’s magazines like GQ and Esquire and it is easy to see why. Men’s luxury fashion is often designed for the young, but Smith’s pieces work on men of all ages. Here are three of our favorite Paul Smith pieces for men:

A snappy Paul Smith suit is the pinnacle of modern cool – a little bit edgy, a whole lot British, and incredibly smart without looking like boring office job attire. Take your cues from Mark Ronson and look snappy at the bar, at a wedding or strutting the streets with a French woman on your arm (Ms. De La Baume, we’re looking at you). The blue-on-blue wool blazer has a notched lapel, a breast pocket for your favorite pocket square, and a two-button fastening. 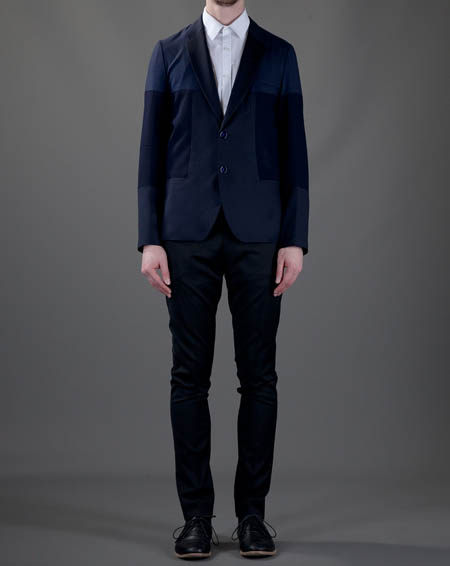 Add a bit of humor to your smart outfit with these Paul Smith dog cufflinks. Men’s formal fashion can be quite rigid, so it’s the details that make a difference. A snappy jacket, a sharp pair of shoes and a brilliant pair of cufflinks can transform that designer outfit from dull-but-expensive to an understated victory, and in situations when your dress is constrained, this tongue-in-cheek look at classic British manhood (think tweed, beagles and foxes) is the perfect finishing touch.

They say it’s the shoes that make the man, and these Paul Smith Monk shoes bring a touch of classic Italian style with more than a passing reference to London’s swinging sixties. Whether you pair them with a sharp tweed jacket and tousle of distinguished grey hair and stubble or a skinny Mod suit, these designer leather shoes will add a touch of luxury to your outfit.