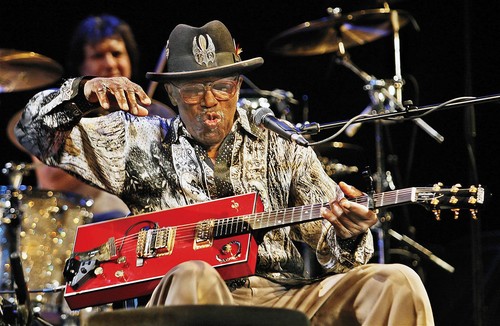 Bo Diddley died of heart failure on June 2, 2008 at his home in Archer, FL. He was 79 years old.  He had suffered a heart attack in August, three months after suffering a stroke while touring in Iowa and had returned to Florida to continue rehabilitation.

One of the founding fathers of rock & roll, a truly unique talent and an influence upon generations of musicians, Ellas’ commitment to issues close to his heart, including human rights, the state of the Nation, homelessness, unemployment and the importance of education, touched many people across America and beyond.

One of the founding fathers of rock & roll, Bo Diddley’s innovative pounding and hypnotic Latin-tinged beat, his vast array of electric custom-built guitars, his use of reverb, tremelo and distortion to make his guitars talk, mumble and roar, his use of female musicians, his wild stage shows and his on-record and on-stage rapping, pre-date all others.

For Christmas in 1940, his sister Lucille bought him his first guitar, a cheap Harmony acoustic. It was at this time that he acquired the nickname “Bo Diddley.” 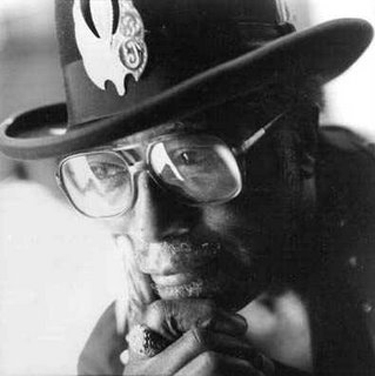 After more than a decade of playing on street corners and in clubs around Chicago, Bo Diddley finally got the chance to cut a demo of 2 songs that he had written; “Uncle John” and “I’m A Man”.

The two songs were re-recorded at Bill Putnam’s Universal Recording Studio in Chicago on Wednesday March 2nd 1955 and released as a double A-side disc “Bo Diddley”/”I’m A Man” on the Chess Records subsidiary label Checker Records.

The record went straight to the top of the rhythm ‘n’ blues charts, establishing Bo Diddley as one of the most exciting and original new talents in American music. It is later hailed as one of the most influential debut singles in history and one of the cornerstones of rock music.

The impact that Bo Diddley had on the music industry will last forever. From Elvis Presley to George Thorogood, from The Rolling Stones to ZZ Top, from The Doors to The Clash, from Buddy Holly to Prince and from The Everly Brothers to Run DMC, all acknowledged the unique influences of Bo Diddley upon their different styles of music. 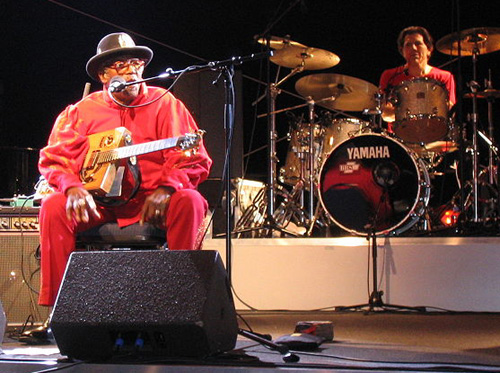