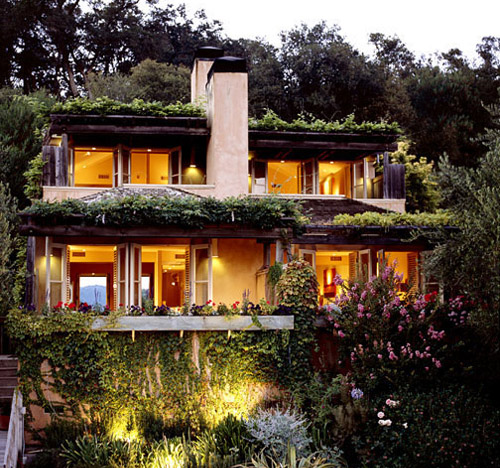 What began as a fine California-french restaurant created by Claude Rouas, a leading San Francisco restaurateur has evolved into one of Americas most sought-after small luxury hotels and a perennial recipient of the hospitality industry’s highest honors.

Auberge Du Soleil opened in 1982 as Napa Valley’s first fine-dining restaurant and the vision of French – born Rouas who sought to recreate the sun-drenched ambiance of province in the California Wine Country.

Perched on the slope of Rutherford Hill overlooking Napa Valley, the Auberge quickly gained recognition as one of the leading restaurants in Northern California.  Not only for its superb cuisine, but also its spectacular views of the Napa Valley below.

In 1985, responding to guest demand, Rouas and partner Robert Harmon opened The Inn. A collection of sun and earth toned cottages housing 50 room and suites each with french doors opening out to a terrace and sweeping views of olive grooves and the vine- studded Valley.

The Auberges French-accented California style and soft-spoken Luxury Echo the character of Napa Valley – a place to savor the bounty of fine rood and wine and immerse oneself in an exquisite natural setting.

Since the inns opening, guests have been drawn to the Auberge for its privacy, tranquility and unmistakable romance.

Romance and all that it entails–escape, total privacy and the intimacy of having a beautiful spot to share–is an important part of the allure of Auberge Du Soleil.