Art is Out in Las Vegas 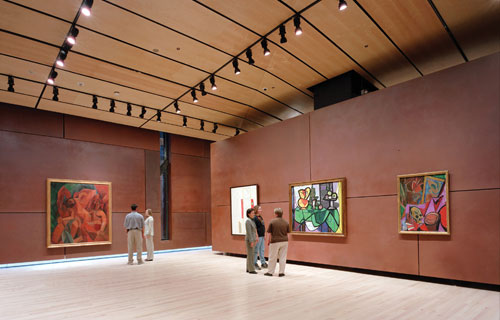 It’s been announced that The Guggenheim Hermitage Museum at The Venetian will close May 11, after a long 6-year run. This will bring to the end one of the most audacious experiments in the history of the arts.

From all accounts, the grand experiment did not work. But it wasn’t from a lack of effort from all that were involved and tried to make it a huge, Vegas success.

The museum exhibited some of the world’s greatest works of art in a beautiful space prominently situated within a big, bustling resort – The Venetian. By any conventional measure, it should have attracted longer lines than In-N-Out Burgers.  But it sadly didn’t.

Las Vegas is perhaps the last place on Earth where anyone should expect classical art to draw a crowd. That’s why the Guggenheim’s idea to open a museum here was so audacious. The respected arts organization aimed to prove perceptions wrong by enticing the masses to appreciate the world’s art treasures.  Read more…