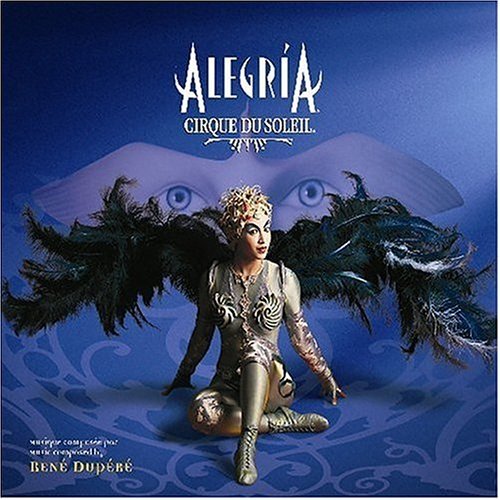 Canadian company Cirque du Soleil, is well known around the world as a “must see show.” Cirque du Soleil describes itself as a “dramatic mix of circus arts and street entertainment.”

In Las Vegas alone, there are seven different Cirque du Soleil productions running, including O at Bellagio, KÀ at the MGM Grand, and Mystere at Treasure Island.

Alegría by Cirque du Soleil is touring the U.S. and Canada, and was first created to commemorate the 10th anniversary of the entertainment company. Alegria began its initial run in 1994 and was one of Cirque du Soleil’s popular “Big Top Tour” shows.

Alegria toured with its own tent and entertained smaller audiences of around 2,500 people. Then in 2009, Alegria morphed into a format better fitted for larger arenas. Now playing in bigger venues, Alegria can be seen by many more people.

Alegria can be described as a journey set to music. The show leads its audience to a strange, yet magical world that allows us to briefly forget all of our day to day problems.

Alegria is Spanish for “jubilation” or “joy.” That in a nutshell, describes both the show and its set. The set is a playground for the various performers including clowns, gymnasts and acrobats.

There are Gothic arches, various slides and staircases, along with large yet subtle glowing lanterns. Side ramps allow the characters easy access to the main stage area, along with a way to gracefully leave as their act ends.

The show includes an assortment of stunning acrobatics, trapeze performances, and aerial high bars. There’s a variety of clown acts plus other performers who demonstrate flaming knife dancers, a contortionist act, a Russian Bars act, and array of synchronized choreography. 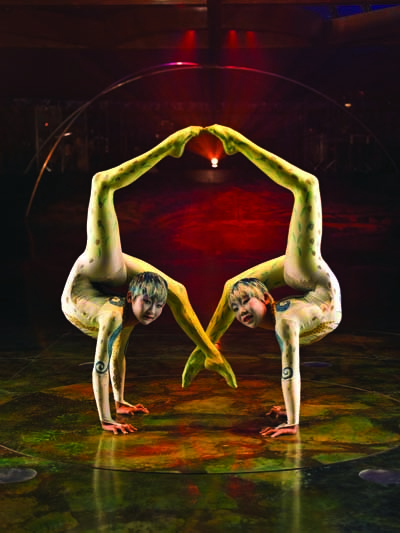 The opening act is by a woman dressed in all white who truly mesmerizes the audience. She performs on a trapeze and you can at times hear a pin drop as she makes incredible moves. Other times the audience gasps in unison with her every release, as she moves high above the arena floor.

As two wide strips of floor are slid away, it unveils long trampolines. Next is a non-stop series of tumbling runs and an aerial assault as the gymnast performers use the trampolines to catapult themselves into amazing front and back flips, twists and turns, and high-flying somersaults.

Alegria uses its talented clowns to bring both humor, as well as story telling techniques to the show. One moving scene involves a clown who leaves a train station after a short interaction with a new found love. His performance continues as the seasons pass, then winter arrives.

A blizzard hits. A large turbine fan whips up strong winds across the stage as the clown shivers. Thousands of small pieces of paper, representing snow, begin to blow across the stage and into the audience … as they now become one with the performance.

The music performed by a live band, is both lively but haunting. The musical score is all original and created specifically for each act. You’ll hear a mix of musical styles that include jazz, rock ’n roll, and even traditional accordion circus music.

The White Singer has an incredible voice and acts as the show’s storyteller. The talented performer sings in several languages including Spanish and French. She brings out a multitude of expressions and a variety of emotions in her beautiful singing.

Alegria is visually stunning and provides a variety of performances that touch all of us in some way. The show uses a perfect combination of music, sound and lighting, plus brilliant costumes and theatrics that when brought together, deliver a memorable theatrical show.

It was clearly a beautifully presented show, with breathtaking acrobatics, humorous clowns, enjoyable music, and a combination of both power and poetry.