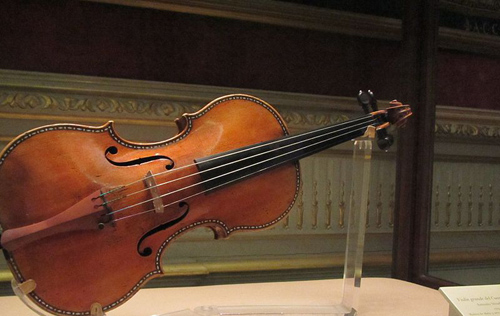 It’s been 35 long and frustrating years, but a stolen, Stradivarius violin has finally been recovered. The rare violin was stolen back in 1980 and was owned by a young, talented violinist named Roman Totenberg.

Although Phillip Johnson was a suspect right after the initial theft, the police were unable to pursue the lead due to a lack of evidence. The rare violin was taken from Totenberg’s office at Longy Music School in Cambridge, Massachusetts.

After Johnson had passed away, his ex-wife and new boyfriend discovered a locked violin case while doing some housecleaning. They broke the case lock and discovered the violin. There was a label that read 1734 and was made by Antonio Stradivari, who was the most famous violin maker ever.

Sadly, Mr. Totenberg will not personally enjoy the return of the missing Stradivarius Violin since he passed away from cancer at the age of 58.

Since Mr. Totenberg had received a $250,000 insurance settlement soon after the theft, an agreement was made in a U.S, federal court that if the $250,000 was repaid, the three surviving daughters of Mr. Totenberg would receive the valuable Stradivarius violin.

It’s been reported that there are less than 650 Stradivarius violins in existence today. Like thieves trying to resell fine art, it can be be extremely difficult to sell a stolen Stradivarius violin due to its rarity. Due it’s authenticity, the recovered violin could be worth several million dollars.

I expect we may see this particular Stradivarius violin appear at a high-end, public auction where the bidding can reach atmospheric levels as avid collectors try to outbid each other to own this rare violin.

If you enjoy reading about interesting luxury news stories like the recovery of the stolen Stradivarius violin, then come back often to follow our popular luxury blog. We enjoy sharing the best news from the world of luxury.