The Stafford London by Kempinski – Celebrating a Century 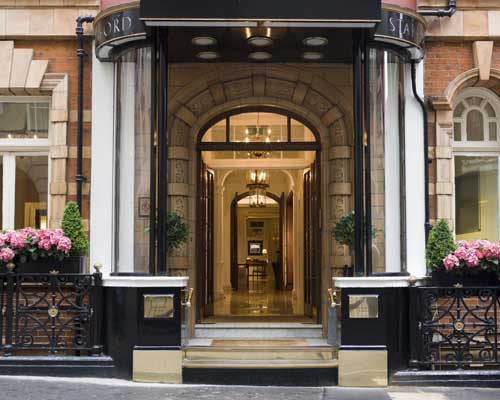 The Stafford London by Kempinski is located in heart of St James’s The Stafford. The luxury London hotel was originally built as private residences. The buildings that comprise the hotel (number 16-18 St. James’s Place) were home to many tenants including Lord and Lady Lyttelton.

As The Stafford London by Kempinski celebrates its centennial, the luxury hotel is offering an year-long celebration, including its £100,000 VIP Experience.

Long defined by luxury, The Stafford London by Kempinski prepares for a diamond jubilee and the upcoming Olympic Games in London.

Although the exact opening date of The Stafford Hotel as it stands today is highly debated, research indicates that it took place in either spring 1911 or early 1912. With this in mind, the hotel opted to use 2011 as its preparation period for a year of festivities in 2012.

General Manager Leon Baum was quoted, “In 2011, we were inspired by our rich heritage and embarked on a renovation program that made the hotel better than ever; we launched our rustic British restaurant The Lyttelton and began pulling together new one-of-a-kind experiences for our guests. This year, we celebrate it all. Each initiative highlights our quintessential British character, while also illustrating how we continue to evolve and exceed our guests’ wildest expectations. 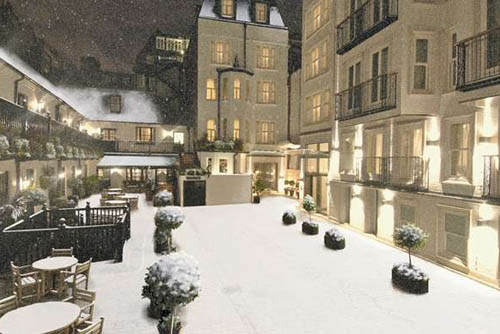 To kick-off the celebrations, the hotel is unveiling the ultimate London VIP experience. Drawing on its long-standing relationships with iconic U.K. brands, The Stafford’s £100,000 Anniversary Package celebrates the finer things in life. The luxury hotel package includes:

– Luxurious London pied a terre for three nights at The Stafford in either the duplex Guv’nor’s Suite or more contemporary Penthouse of The Stafford Mews; plus a £10,000 dining credit to spend on epicurean experiences in the hotel’s American Bar, The Lyttelton, or in-room dining throughout the stay
– Effortless airport experience including private waiting lounge, escort through customs/immigration, transfers and more through Heathrow by Invitation
– Chauffeur driven Bentley, Jaguar or Rolls Royce limousine at guests’ beckon call throughout their stay
– Private butler to attend to every need and desire
– Feast fit for the most discerning foodies consisting of a private dinner party in The Stafford’s 380-year-old wine cellars for up to ten guests; a choice of three-course or five-course tasting menu prepared by Executive Chef Brendan Fyldes; and wine pairings by Master Sommelier Gino Nardella
– Bespoke fashions courtesy of famed tailor Henry Poole and hatters Lock & Co; a heirloom-worthy piece of custom jewellery by London’s top designer Patrick Wyatt; fittings and consolations can be conducted in-suite or at the designers’ shops
– A private portrait photo-shoot with internationally renowned photographer Alistair Morrison (Morrison has shot celebrities from Sir Anthony Hopkins to Helen Mirren to Twiggy and has 82 photographs in the National Portrait Gallery)
– Exclusive London experiences to fill the itinerary including: traditional afternoon tea in an exclusive British setting of either the Royal Academy, Highgrove House or Kensington Palace; a private Champagne or Wine Capsule experience on the London Eye; a half-day spa retreat at a neighbouring establishment; a speedboat tour of The Thames River; and a chance to try the indulgent Mahiki Armada Treasure Chest concoction

The incredible £100,000 Anniversary Package is priced at £100,000, excluding taxes and gratuities. It is available now through December 31, 2012 and is subject to availability.