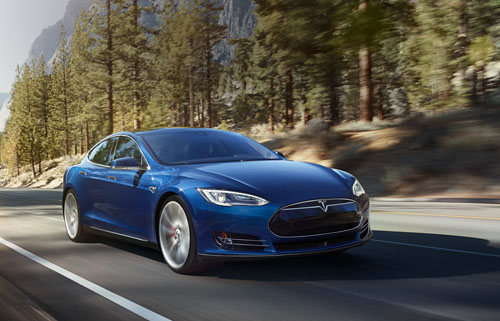 Tesla Motors is the poplar manufacturer of electric-cars. They recently announced a new base model car – Tesla Model S 70D – to be part of their battery-electric, luxury sedan portfolio. The “D” stands for dual motor.

What is surprising is that the new entry level car will actually be pricier than Tesla’s more expensive starter vehicle. With a price tag of $75,000, the new Tesla Model S 70D is an all-wheel-drive Model S. The car has a 240 mile range rating and is powered by a 70-kilowatt-hour battery pack.

The Tesla Model S first was introduced in the 2012 model year, and has gone through several changes over the last few years. This year brings a welcome feature many have been waiting for – all-wheel-drive!

The Tesla Model S 70D electric car is a five-seat luxury sedan but his some real speed. With an all-wheel-drive, 514 horsepower engine, the car takes only 5.2 seconds to go from 0 to 60 mph.

The previous, Tesla entry vehicle from the Model S line was the 60. It did not offer all-wheel drive and had a price of $71,100. It also lacked several features such as a navigation system, automatic keyless access, and blind-spot monitor. The Tesla S 60 required more frequent stops to recharge and the cars acceleration was slower.

Another nice perk is with the Model S 70D base model, you can receive free electricity at any of the Tesla SuperCharger locations. The Modle S 70D is now available for sale.

Although the S 70D base price tag is $75,000, you can take advantage of a federal tax credit that can drop the cost to own your own Tesla to $67,500. Tesla officials have stated they feel the their new model go up against both the BMW’s 5 Series and Mercedes-Benz E-Series luxury sedans.

If you are ready to finally own your own Tesla electric-car, including the new Tesla Model S 70D – contact us for assistance. We can help assist you during the buying process. Come back soon to read about other luxury car industry news and product announcements.