Tea Time at the Plaza Hotel 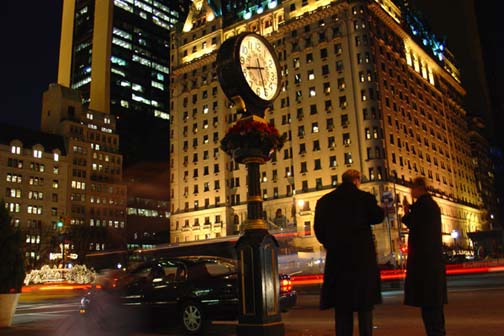 The Plaza Hotel is one of most famous hotels in the world. It’s a landmark hotel and occupies the west side of Grand Army Plaza, from which it derives its name, and extends along Central Park South in Manhattan.

The Plaza has completed a $400-million, three-year renovation to restore the hotel’s grandeur. Now tea at the Plaza is all about the food.

The harpist is back, playing lovely music and alternating with a classical guitarist. The lush, palm trees still decorate the Palm Court — the name of the lobby dining room where tea has been served since the hotel opened in 1907.

At $60 a person, it’s one of the city’s more expensive afternoon teas. There’s an alternate tea menu at the Plaza that includes lobster, black truffle, caviar and a chocolate pot de creme is even more, at $100.  Full article