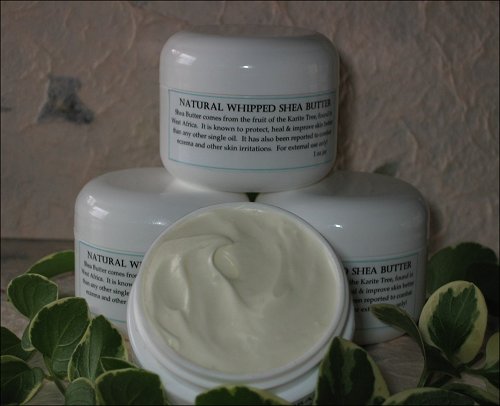 Ahhhh, the smoothness of my skin. What’s the secret to smooth skin? It’s Shea Butter.

Shea butter is one of those wonderful things that too few people know about but actually end up paying quite a bit for when it makes a guest appearance in their favourite moisturisers and conditioners. Consider this: a 300 gm of ‘pure’ shea butter from a premium brand like say L’Occitane costs around $40, which is definitely more pricey than your average Nivea or Vaseline lotion! You may well get the same amount of shea butter for a fraction of the price, however, at an organic or health store!

What makes shea butter an essential luxury is that it’s so necessary if soft, supple skin is your aim, but it’s so little known that it’s very hard to find in a place like India! For many people across sub-Saharan Africa it’s as common as, say, coconut oil; increasingly westerners have also woken up to its wonders and now look for it if not in its pure form, then at least as an ingredient in their winter creams and lip balms. Even then, it is still not that well known for it to become commonplace. And the very nature of the way it is made means that it can never become really cheap for the rest of the world.

Everything about shea (pronounced ‘shay’ not ‘she-ah’) is amazing. The thick, waxy trunk of the karite (or shea) tree is flame resistant and very resilient even in poor soil so it grows defiantly across some of the most inhospitable parts of Africa. The first fruits come when only when the tree is 20 years old (hence large scale commercial production has been unviable) but the tree is productive for the next 200 years! The incredibly tasty fruit is greenish yellow and looks rather like a cross between a litchi and an ‘amla’. The all-important butter comes from the kernel, so people simply eat the flesh and save up the pits for this byproduct.

The kernels then go through a complicated 9-stage metamorphosis from sun drying and cracking to crushing, roasting and curing till it attains its creamy dalda-like shea butter avatar, in shades of creme through palest green. The key element that sets shea butter apart from other ‘butters’ sourced from seed oils (and there’s everything from apricot kernel butter to coconut butter!) is the large healing content of the oil, which has Vitamins A and E and other crucial phytonutrients. The higher the healing content of shea butter, the better the quality.

Introduced to shea butter by my sister in law and college mate, I first found the smell not too pleasing; but it disappears so soon after application that it’s a minor discomfort to bear for the wonderful effect it eventually has! Marvellously soft skin, even on trouble spots like heels and hands, are worth the wait — and the Rs 200 tag! Now that may not sound like much, but try to find it in your local store (even ones that stock top of the line beauty brands like Vichy) and you’ll understand why it’s a luxury in my lexicon!

Incidentally, don’t get mislead into buying nice smelling shea butter because the chances are that it has then been altered in some way — which also means it would have shed some of its healing properties.

If the product is two years old or more, it may not be as effective: while the moisturising effect will be there, the healing quotient may have depleted. But once you’re hooked like I am, there’s no turning back. Luckily, shea butter is one of those essential luxuries that aren’t heavy on the pocket, only on your perseverance in finding an honest supplier!