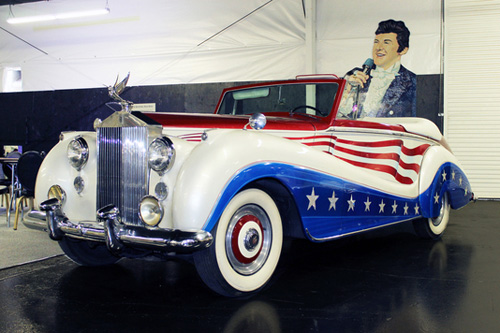 Liberace was the talented and flamboyant entertainer and incredible pianist. His full name was Wladziu Valentino Liberace and his life was over-the-top. He was also well known for wearing outrageous costumes during his stage performances. Now you can view his Bicentennial Rolls Royce at the Liberace Garage in the Hollywood Cars Museum in Las Vegas.

The Liberace Bicentennial Rolls Royce car was on display for years at the Liberace Museum. It was sad news for Liberace fans around the world, when the museum closed back in 2010. Here’s a story we did – Liberace Museum – 30 Years of Music History

Liberace was often named Mr. Showmanship. He was born in West Allis, Wisconsin on May 16, 1919 and died in Palm Springs, California on February 4, 1987. His legacy now lives on at The Liberace Garage. The museum displays many of his personal belongings, including cars, costumes and clothing, pianos, jewelry and antiques.

The Liberace Garage just opened last month and operated by the Liberace Foundation for the Creative and Performing Arts. This nonprofit institution was founded in 1976.

There are some amazing automobiles on display. For example, a 1961 Rolls Royce Phantom V limousine was used at the Las Vegas Hilton. You will also remember it in the film “Behind the Candelabra” by HBO. The movie starred starring Michael Douglas and Matt Damon;. Liberace used his 1956 Rolls Royce convertible to fly onto stage. When friends flew into the Palm Springs Airport, a London Taxi was used to pick them up. He drove the Liberace Crystal Roadster onto stage at the world famous, at Radio City Music Hall. In addition, is a Bradley GT gold flaked sports car. The cars are stunning to see up close and represent the era of his spectacular entertainment career. 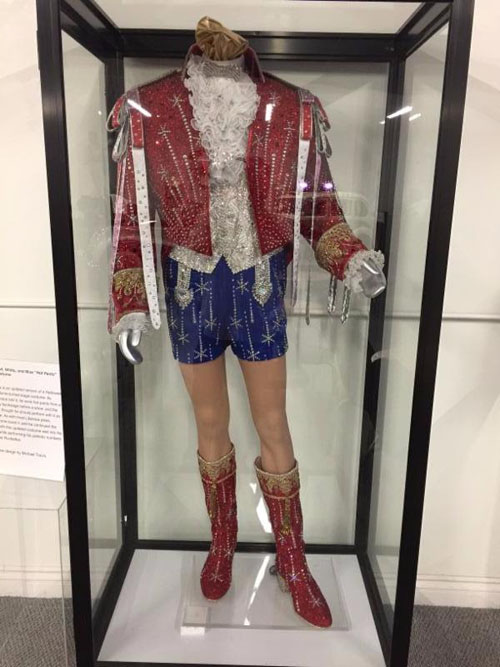 Hot Rod City is represented by Michael Dezer. He’s the owner of one of the biggest vehicle collections in the world, located at the Miami Auto Museum. The Hollywood Cars Museum has a wide variety of cars on display. Collectively, they have been seen in greater than 100 movies, TV shows, as well as videos.

The Liberace Garage is open to the public. It s ope seven days a week between the hours of 10am and 5pm. Ticket prices are $15 for an adult and children 15 years or under get in free along with a paying adult.

The Life of Luxury is pleased to offer interesting stories like Liberace’s Bicentennial Rolls Royce in our luxury blog. We offer a variety of luxury concierge services, including VIP tickets and booking your reservations to Las Vegas.