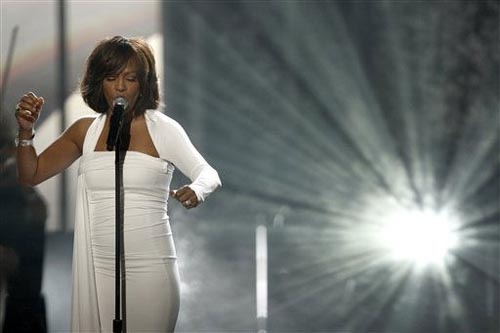 Whitney Houston was once on top of the world, as one of the most successful and talented performers ever.

Sadly, it’s been reported by the Associated Press that Whitney Houston has died, leaving behind a legacy marred by personal issues that often overshadowed her musical brilliance. Whitney Houston was just 48 years old.

Lt. Mark Rosen of the Beverly Hills police department explained to local L.A. TV station KABC-TV that Whitney Houston died in her room on the fourth floor of the famous Beverly Hilton Hotel.

As of this time, there is no known cause of death. While the investigation is underway by Beverly Hills detectives, Whitney Houston’s body is still inside the hotel room.

Tomorrow night is the Grammy Awards and it was reported that Whitney Houston planned to attend and even showed up at the Grammy rehearsals today, coaching singers Brandy and Monica. 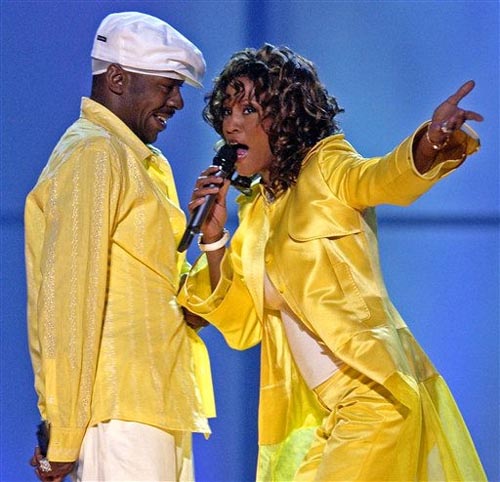 The life and career of Whitney Houston had many extreme ups and downs. Whitney had a severe drug use problem that caused strange, erratic behavior. Her volatile marriage to singer Bobby Brown often made the headlines, but for all the wrong reasons.

In addition to being a superstar singer, Whitney Houston was also an accomplished actor. Houston appeared and starred in several box office hit movies, such as The Bodyguard and Waiting to Exhale.

As Whitney Houston’s drug abuse increased, her album sales free-falled. Her public appearances were quite strange as the toll of her drug abuse became more evident. She has confessed to using cocaine, marijuana and various pills.

In the music industry, Whitney Houston was at her best. Whitney was one of the top-selling artists in pop music history and sold more than 55 million records just in the United States alone!

In 2009, it appeared Whitney Houston was on the comeback trail. She launched a new album titled “I Look To You.” That album debuted on the top of the charts, eventually going platinum.