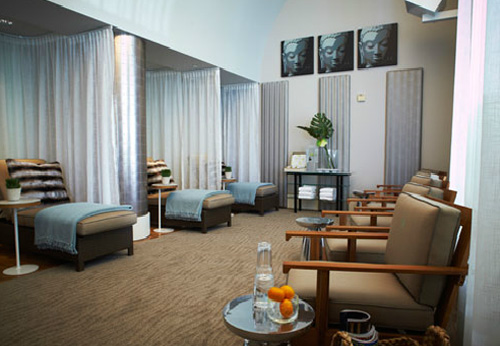 The luxury Scarlet Huntington hotel is part of the Singapore-based luxury hotel group Grace International, and offers stunning, panoramic views of the “City by the Bay.”

On January 15, 2015, Nob Hill Spa is rolling back prices to its inaugural year and offer great pricing on all-time favorite services such as the Longevity Relaxation Massage ($110), Organic Lavender Sugar Scrub ($110), and European Facial ($120) for one day only.

Ania Mankowska-Allard is the spa director of Nob Hill Spa and was quoted, “Nob Hill Spa invites guests to join the celebration and commemorate a special milestone. Our anniversary is a way for us to say thank you to valued guests who have loyally supported us over the years and welcome first-time visitors to experience Nob Hill Spa’s indulgent treatments – designed to rejuvenate and refresh the body, mind and soul.”

Nob Hill Spa is regularly named as a favorite destination for both local residents visitors to San Francisco. The luxury spa offers its clients a complete spa retreat that is carefully arranged according to the ancient theories of feng shui. You can enjoy unique massages, facials, nail services and body treatments that reflect rich healing traditions.

Nob Hill Spa is an award-winning facility that covers 10,000 square feet. Be treated in VIP style with an indoor infinity relaxation pool, whirlpool and fireside lounge area, and a Zen Room.

Since is first opened in 2000, Nob Hill Spa has received countless awards such as the recent Conde Nast Traveler’s “2014 Top 50 Hotel Spas” and Gayot’s “Top 10 Spas in San Francisco.”

If you are planning a trip to San Francisco and interested in staying at The Scarlet Huntington hotel or getting a spa treatment at Nob Hill Spa, please contact The Life of Luxury. Follow our luxury blog to keep up on the latest travel industry news.