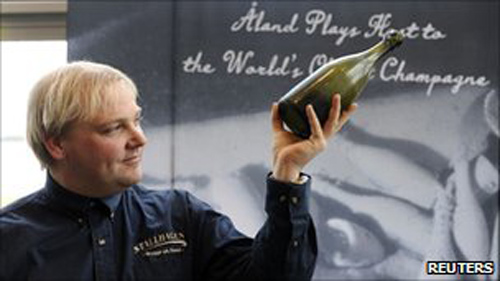 Another world record has been set. This time for a bottle of Veuve Clicquot champagne.

The bottle of Veuve Clicquot was discovered in a 19th century shipwreck in the Baltic Sea.

At an auction in Mariehamn, Aland’s capital, the Veuve Clicquot champagne was sold for $43,630 or 30,000 Euros.
There were 145 total bottles found in the shipwrecked two-masted schooner. Aland is an archipelago in the Baltic Sea.

Another bottle of Juglar champagne was also sold at the same auction and brought in $35,000 or 24,000 Euros.