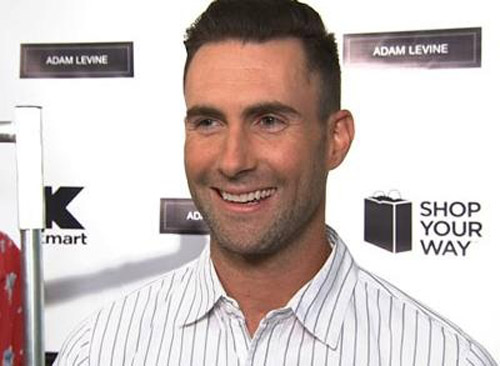 Adam Levine is the lead singer of the popular band Maroon 5 and continues to expand is empire by launching a new womenswear fashion line for retailer Kmart.

A menswear collection launched last fall by Adam Levine was successful for Kmart, so the sexy celebrity wanted to try and bring to market a women’s collection. The new fashion line for women includes a stylish collection of both dresses and separates.

When questioned about his level of expertise in womens fashion, Levine replied, “I don’t know how to read music, but I can still play. So I don’t really give a (expletive) about formal training or going to school. Levine continues, “You don’t have to be trained in everything to be good at it.”

Adam Levine is a busy guy these days. Of course, he’s still the frontman of the musical group Maroon five plus Adam is popular in his role as coach on NBC’s smash hit show “The Voice.” 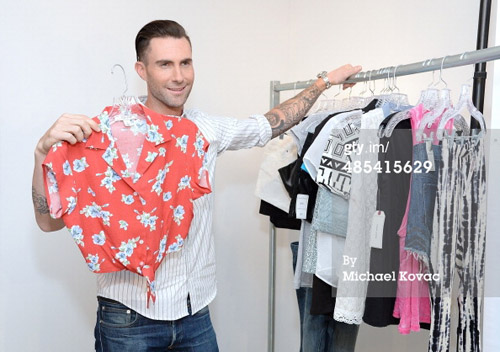 Whether Adam has formal design training or not, he feel that is not important. He was quoted, “I kind of know what I like for both men and women. I think that it’s a little more difficult and challenging when you’re not, it’s not something you can conceptualize, or it’s not something you can conceive of wearing,” he said of designing for the opposite sex. “So I needed to get a little bit of help.”

The new womens fashion clothing line collection by Adam Levine will retail for $30 or less. The goal is for the new clothing line to feature colorful, casual printed T-shirts, patterned maxi dresses, mini crop tops, plus both twill and jean shorts.

Of course getting a little help from his stunningly beautiful fiancee doesn’t hurt either. Behati Prinsloo is a Victoria’s Secret model and helped Adam draw creative inspiration by allowing him to look through her clothing closet for ideas.

Adam Levine is taking this next endeavour very serious and said, “I didn’t want it to just be something that I phoned in. So I was really involved in the process.”

At age 34, Adam Levine drives many women crazy with his looks and vocals and late last year was awarded PEOPLE magazine’s Sexiest Man Alive for 2013.

Be sure to follow this luxury blog to follow all the latest news by celebrities and the world of luxury fashion.