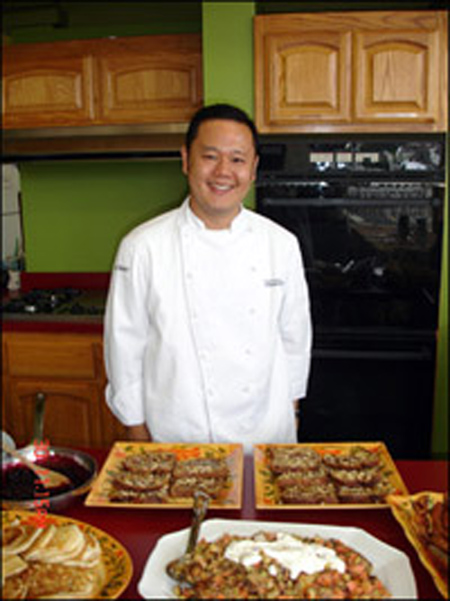 Tila, whose family owns L.A.’s Bangkok Market, has been teaching cooking classes — at the New School of Cooking in Culver City and Sur La Table, among other venues — and consulting for Bon Appetit Management Co. Tila also has contributed to the Los Angeles Times and has appeared regularly on KCRW’s “Good Food.”

“America’s already very accustomed to Chinese and Japanese food, so it’s time to bring in bolder flavors,” Tila says. “Indian flavors, Singaporean flavors, and of course, Thai –- I think Thai has been misrepresented. I’m trying to bring it back to what it’s supposed to be.”

Encore is expected to open early next year. Other restaurants include Botero Steak and Switch, and as reported by Eater LA, Patina chef Theo Schoenegger also will be opening a restaurant.