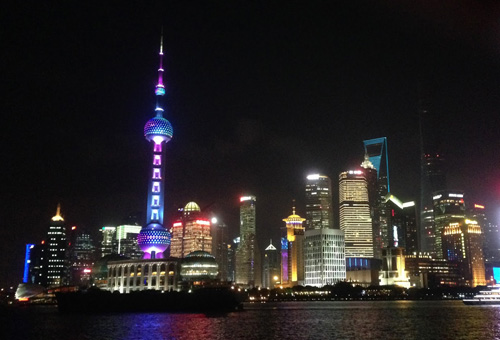 When complete, the first, luxury cruise liner built in China will be greater than twice as large as the Titanic. Although it won’t be making its maiden voyage until 2020, the new China cruise liner will be massive.

The luxury China cruise liner will be built by the largest largest shipbuilder – China State Shipbuilding Corp or CSSC. In a joint venture with Carnival Corporation, the two companies signed a staggering £2.6 billion agreement. Carnival is the largest cruise ship operator in the world, so it’s a great fit to help build the biggest China cruise liner.

In addition to the two companies named above, China Investment Corp (CIC) is also involved in the joint venture. CIC is one of the biggest sovereign wealth management funds anywhere in the world.

The focus is to clearly create a new luxury cruise-line industry in China and capture a share of this booming, worldwide market. Chinese travelers have caught the cruise bug and are cruising in record numbers. Tourist industry analysts are projecting that mainland Chinese travelers will spend approximately US$11.5 million on cruises by 2018. That number was about US$6.8 billion in 2013, so the estimate is almost doubling

The new cruise ship is expected to carry about 5,000 passengers and weigh about 130,000 tons. The ship will also be about 300 meters long.

Alan Buckelew is the Global Chief Operations Officer at Carnival and was quoted, “This joint venture is a significant step forward for the cruise industry in China and a tremendous opportunity … to increase awareness, interest and demand for cruise vacations among domestic Chinese travelers.”

The role that Carnival Corp will fulfill in this joint venture is to do “ship design and shipbuilding expertise”. Carnival currently operates to other cruise line brands – Princess Cruises in China and Costa Cruises.

To give you a great example of how much mainland China travelers love to cruise, they accounted for about a 45% increase over 2013, totaling almost 740k passengers in 2014. We expect 2015 to also show a large year over year increase.

As China continues to grow as a leading travel country, we should see more news on new cruise ships and joint ventures to capitalize on the business opportunity.

Contact The Life of Luxury to help book your next luxury vacation. Would you like to be one of the first passengers to sail on the new China cruise liner in 2020? Return again to read about the latest luxury news and cruise industry press releases by following this popular, luxury blog.