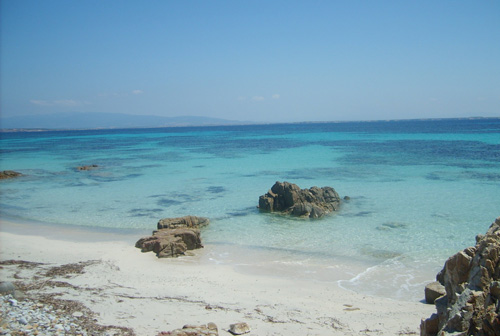 For those who want the ultimate privacy, now you can but your own private island available for sale in the Mediterranean – Isola di Mal Ventre.

Isola di Mal Ventre is found just a short distance off the north east coast of Sardinia, which is the second biggest island found in the Mediterranean Sea. The island of Sicily is the largest.

This amazing island is currently uninhabited. What remains of is just an old shepherd’s dwelling and a watering well and buildings foundations are still evident. Isola di Mal Ventre is a 200 acre island. It’s dimensions are roughly 2 kilometres long at its longest point and is 18 metres above sea level at its highest point.

The history of Isola di Mal Ventre goes way back to the times of ancient Rome. The south east coast of the Mediterranean island offers stunning sandy beaches. The waters offshore are crystal blue.

A local architect has evaluated the island and recommends an eco-style villa that can be built around the remains of the former buildings. The existing well could be utilized to draw water from.

Access to Isola di Mal Ventre won’t be a major issue as you can catch a direct flight to Sardinia from London and other major European cities, then take a boat over the the island.

If you are interested in learning more about Isola di Mal Ventre island in the Mediterranean, then please contact The Life of Luxury. Stay abreast of the latest luxury real estate news by following this luxury blog.