Magical Visit to the Mayan Culture of Chichen Itza 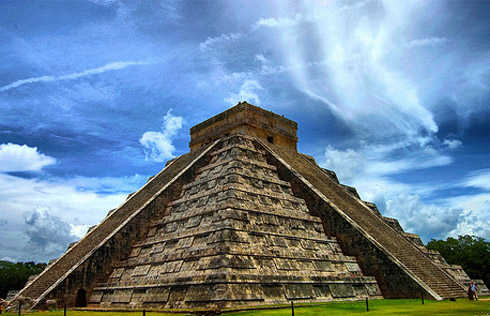 For a memorable trip of a lifetime, visit the Mayan’s most important city that now makes its way into the Seven Wonders of The World.

You wouldn’t want to miss out on the opportunity to go to Chichen Itza and visit a historical site that’s gained world recognition as well.

You can now discover the Mayan culture and find out why it was considered to be the most advanced in the entire world even during ancient times. A Chichen Itza visit will unravel the mysteries of this mystical Mayan civilization in the famous Yucatan Peninsula.

While at Cancun, a tour down the Mayan path is a fabulous experience that’s filled with awe and wonderment for the glorious Mayan past.

The ancient Mayan civilization was well known as a classic example of civilization in Mesoamerica. Chichen Itza stands for the wells of Itzi, due to the two huge wells or cenotes in the area. The area was the capital during the era of the Mayans.

The cenotes were a very important water source especially during the dry seasons. The city prospered and quickly grew around it. Chichen Itza is also found to be an important trade center for the Mayans and detailed archaeological evidence has proved this.

A vacation to Chichen Itza begins with touring around the ancient city, which stretches over a 2.5 mile area. Restoration of the Chichen Itza ruins began only in the twentieth century as it was considered to be a valuable site for the whole of humanity and revealed the intelligence of the Mayan civilization.

A devotion to the Sun, the temple El Castillo is a reminder of the Toltec influence. This temple was built over a smaller temple. A throne looking like a jaguar, was discovered. Resting over the throne was an obsidian and turquoise solar disk.

It seems that the Sun Temple was only placed on top of the Jaguar. This shows the bond in coexistence between the Toltecs and the Mayans, something which was never done among mankind.

You will find the best of hotels in Cancun surrounding the Nichupte Lagoon which also means full of noses as this refers to the various settlements that took place between 1250 to 1550 A.D. These ancient settlements are idyllically situated along the lagoon and are over the magnificent coast.

El Ray is one settlement which is well kept and was formed over a land depression which is now in Cancun’s popular hotel zone. El Rey was the commercial zone where canoes came in from the lagoon traveling through the channel of Nizuc.

In the post-classic period, El Meco was the area where the Mayans left for sailing to Mujeres Bay and is now open for tourists to experience this adventurous trip.

Coba is one of the oldest cities and the settlements were mainly in the tropical jungle and around the cenotes and lakes. It was found to be a main trade center along with an agricultural area. Visitors will learn that the highest pyramid (139 ft) in the Yucatan Peninsula, overlooking the jungle.

The Temple of the Masks an important site is in Kohunlich that has eight masks on either sides of the staircase. The site is well known as the Sun Temple and the masks that resemble the Sun Gods are an architectural genius.