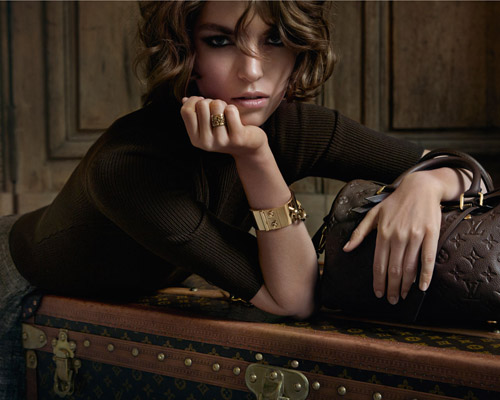 Carrying an expensive purse symbolizes glamour and sophistication, and if you have money burning a hole in your wallet, then what’s stopping you from spending hundreds even thousands on an expensive Louis Vuitton designer bag.

Founded in 1854, The Louis Vuitton Company has employed famous models and A-list celebrities in their marketing campaigns, and for the most part, catered to the upper-class culture.

These expensive and luxurious handbags are sought after for their rarity and extravagant designs.  Well known for their luxury fashion and high quality leather, these limited supply purses make women blush with excitement and scurry to check out these status bags.

Stephen Sprouse teamed up with Marc Jabocs in 2001 and designed a limited-edition line of LV bags with graffiti written over the monogram pattern.  The graffiti read Louis Vuitton.  Some pieces featured the graffiti without the monogram canvas background, but were only available on Louis Vuitton’s V.I.P. customer list.

In 2004, Louis Vuitton celebrated its 150th anniversary. Stores in New York City were opened and its first global store in Shanghai was unveiled.  The Champs-Élysées store in Paris designed by the American Architect Eric Carlson, alleged to be the largest and most profitable store in the world, reopened in 2005.

Louis Vuitton has been named the world’s most valuable luxury brand for seven consecutive years (2006-2012).  Ranging from luxury trunks and leather goods to ready-to-wear, shoes, watches, jewelry, accessories, sunglasses, and books, the LV monogram appears on most of its merchandise.

Selling their products through standalone boutiques, lease departments in high-end department stores and through the e-commerce section if its website, Louis Vuitton is known as one of the world’s leading international fashion houses.  In 2012, LV was valued at 25.9 billion USD..  Since the 19th century, luggage is still made by hand and the manufacture of Louis Vuitton merchandise has not changed.