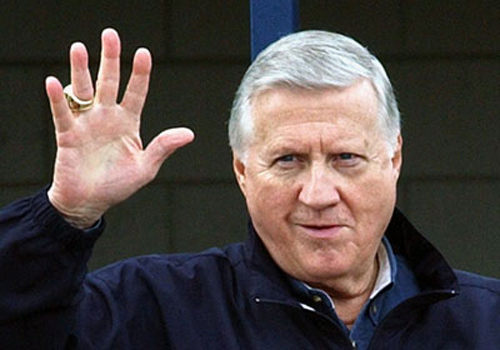 George Steinbrenner, the man who almost single handedly built the New York Yankees into a sports empire has died today at the age of 80.

Yankee owner George Steinbrenner had a heart attack and was taken to St. Joseph’s Hospital in Tampa, Florida. Steinbrenner died around 6:30 a.m this morning.

It was fitting that George Michael Steinbrenner III was born on the Fourth of July, in 1930. The celebrated man had just celebrated his 80th birthday earlier this month on Independence Day.

Prior to last year’s World series, commissioner Bud Selig was quoted, “People have forgotten that team had really slipped in the years before Georgie came along. The drama and glory of the 1930s, ’40s, ’50s and early ’60s was gone when he bought the team.As far as I’m concerned, he is a Hall of Fame owner.”

New York Yankee fans from around the world applauded George Steinbrenner’s “win-at-all-cost” style. But many of his harshest critics also blamed Steinbrenner for the spiraling out of control baseball player salaries and destroying the competitive balance of professional baseball.

What nobody can ever take away from the the New York Yankees owner was his success. George Steinbrenner won seven World Series trophies under his ownership. The New York Yankees reached the World Series on different 10 occasions and won three straight baseball world championships from 1998 to 2000. During that amazing run, the Yankees won the AL (American League) East crown every season through 2006. 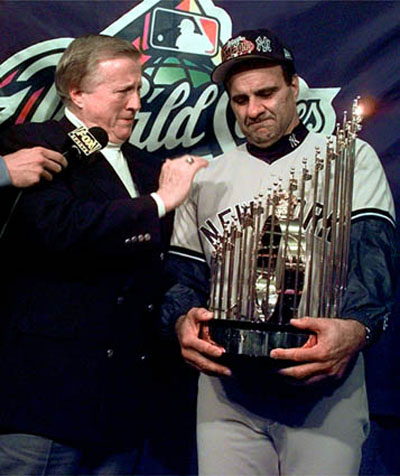 George Steinbrenner was well known for public and private feuds. He often clashed with Yankees great Yogi Berra and Joe Torre, and hired volatile manager Billy Martin five times, while at he same time repeatedly fighting with him.

Over the last year or two, Steinbrenner’s health declined. His personal friends and the Steinbrenner family were very careful to not divulge much information about his health condition. They all worked hard keeping outsiders from getting little more than just a peek of Steinbrenner in person.

Recently Steinbrenner let his sons, Hal and Hank, take on a greater role in running the family business. But until the very end, George Steinbrenner was still the owner of the famous New York Yankees and demanded championships.

Steinbrenner last public appearance was during the 2008 All-Star Game. He was driven in a golf cart and delivered baseballs to four New York legends throwing out first pitches. It was a very emotional moment as the large Yankee Stadium crowd wildly cheered. It appeared that Steinbrenner was sobbing.

“Winning is the most important thing in my life, after breathing,” Steinbrenner was fond of saying. “Breathing first, winning next.”