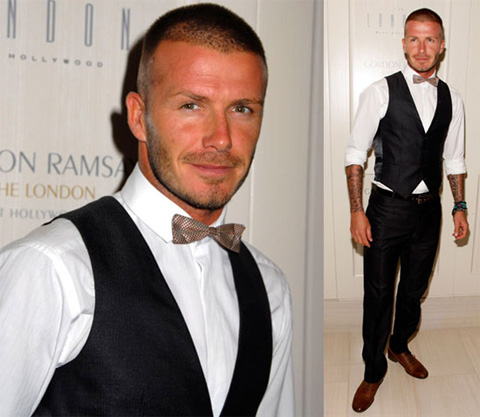 Forget the days when the passion for jewelry rested solely with women.

Today, men are increasingly becoming as enamored with fine jewelry and accessories as they are with cars, boats, jets, hi-tech gadgets and other gizmos.

The world’s best jewelry designers have finally become aware of this fact and have become offering exclusive and an extensive range of men’s jewelry, ranging right from diamond-studded watches to bracelets, chains and even pendants. Let’s take a look at the latest developments in this trend along with the major news makers.

Speaking of men’s jewelry, last year soccer star David Beckham created quite a stir when he displayed a dazzling collection of men’s jewelry at his famous pre-World Cup party. England’s Ashley Cole, who arrived wearing only jewelry and no shirt under his dinner jacket, assisted him in his efforts.

This was further followed by a charity auction wherein Beckham showcased his exquisite diamond encrusted watch, created by Jacob Arabo. In addition, Beckham was also perhaps the first man to publicly wear two diamond earrings, placing men’s’ jewelry fashion firmly on the front stage and marking the onset of an amazing trend.

Jewelry is no longer the domain for women only. Men have largely come to accept and recognize jewelry as a symbol of class and style. Urban men, who like to appear trendy, are also looking at fine jewelry to add a hip look to their appearances. The exclusive men’s jewelry showrooms around the world have mushroomed in the last few years, and are now catering to the growing need of the contemporary generation.

This trend is further accentuated by the portrayal of men supporting flashy pieces of jewelry in Hollywood. From the mafia kings carrying extravagant neck-pieces, to the young lover wearing a kinky bracelet gifted by his fiance, men across all channels are quick to adopt to the surging trend.

In addition, while early on gold was almost the only choice, nowadays men can choose from platinum, diamonds and even traditional fine stones are a popular choice. Although combinations of metals and diamond encrusted rings and earrings currently dominate the scene, smaller trinkets have begun to emerge as just as popular. The entire jewelry trend provides proof to the jewelry and fashion industry to invest substantive resources in men’s luxury jewelry lines.

As time moves on, it is expected that men’s jewelry will become available to all types of budgets and tastes, not just remaining as the exclusive domain of the rich and famous.