Is an Around The World Trip on Your Bucket Travel List? 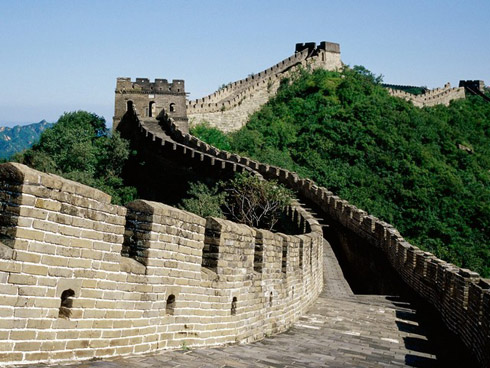 Everybody has a bucket list, so to speak of iconic destinations and attractions around the world that draw us to them. Such as the Great Wall of China, for example. And the Pyramids of Egypt. Certainly, the ancient Japanese capital of Kyoto and its Golden Pavilion would be included.

Coming up with the list is the easy part. Arranging a trip that makes these stops is another thing altogether. Thats where AHI Travel, the Chicago-based travel experts, come in. They have developed and are now offering the Grand Journey Around the World.

This is an all-inclusive, 26-day adventure to eight countries, three continents and nine UNESCO World Heritage Sites that is priced at about half the cost of comparable luxury around-the-world programs.

On this Grand Journey Around the World you will see:
The ancient Japanese capital of Kyoto with its renowned Golden Pavilion;
Beijings Forbidden City and the Great Wall;
Bangkoks Grand Palace and the Temple of the Emerald Buddha;
A desert safari and alfresco dinner in the dunes in Dubai;
Egypts Pyramids, Valley of the Kings and the Sphinx:Petra, Jordan, with its magnificent architecture carved into red sandstone walls;Jerusalems Mount of Olives, the Western Wall and the Dome of the Rock;
A Rhine cruise to the vineyards and medieval towns of Germany.On this journey, creature comforts are emphasized: Youll be part of a small group limited Rosetta Stone Portuguese to a maximum of 20 and will travel in business class on Star Alliance carriers. The trip features world-class accommodations: In Asia, enjoy the impeccable service at legendary Peninsula hotels.

In Amman, stay at a hilltop Four Seasons with views of the city. In Cairo, the Four Seasons offers views of the Nile River and the Great Pyramids. In the Rhine Valley, you’ll stay at an exquisite schloss built on the site of a 12th-century castleprehensive pricing, including business-class airfare, is $29,995 per person (based on double occupancy).