History of the NBA Finals Championship 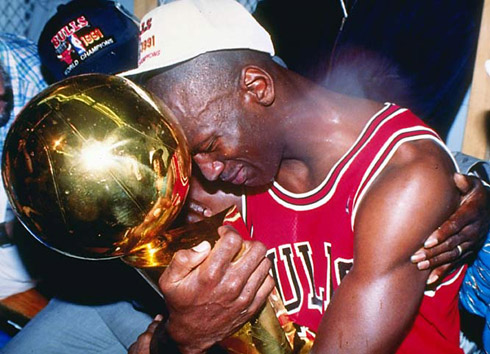 There’s no question that the NBA (National Basketball Association) has become a worldwide phenomenon. So how did the NBA Finals Championship begin? Let’s go back to the beginning and understand the history of the NBA.

The Basketball Association of America (BAA) was originally an 11-team league that became what is today’s NBA. It was also the first major organized professional basketball league.

In 1947, they held the first Finals ever between the Chicago Stags of the Western Division and the Philadelphia Warriors of the Eastern Division. The Warriors won the series backed by the hot shooting of Joe Fulks. The winner won about $2,000 back then, taking in around half of their full season’s salary.

Some of the other teams in the league that year were the Boston Celtics, New York Knicks, Washington Capitols.  and later the BAA would also absorb the National Basketball League’s (NBL) Minneapolis Lakers — starring famed center George Mikan, plus the Fort Wayne Pistons. In 1949, the BAA officially merged with the NBL to form a 17-team league playing games in a combination of large arenas, smaller gymnasiums and even in armories.

One of the early dynasties in the new league was the Minneapolis Lakers. The Lakers won five titles in six years behind George Mikan. The next official NBA dynasty was the 1957-1969 Boston Celtics, who won an astonishing 11 championships in 13 years. This feat is still unprecedented for the number of titles in professional sports. The Celtics won eight in a row between 1959-1966.

Hall of Fame Coach Red Auerbach, has a star studded team comprised of Bill Russell and Bob Cousy. Auerbach was a master at motivating his team by keeping things fun but also grueling during practices.

The 1991-1998 Chicago Bulls were led by Michael Jordan and became the next dynasty of the NBA. The Bulls  wo six titles in eight years. The Chicago Bulls possibly could have won all the Finals during that span, but Jordan, a six-time NBA Finals MVP, retired to play Major League Baseball (MLB).

During the 60 plus-year NBA Finals history, there’s no dispute that there have been many memorable teams and superstar players that have won NBA championships.