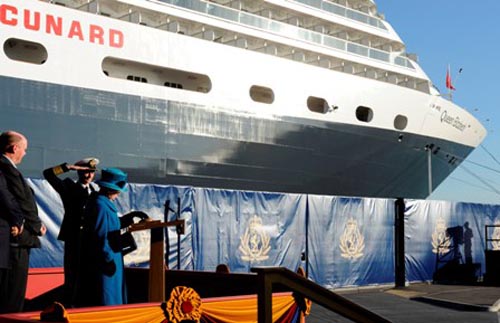 Cunard’s new Queen Elizabeth liner was officially named in a luxurious ceremony at the vessel’s home port of Southampton, England.

It was a bright, sunny day and her Majesty christened the new £360 million Queen Elizabeth, with a bottle of Rothschilds’ Cunard Graves 2009.

The Bournemouth Symphony Orchestra and Chorus supplied beautiful music and the Massed Bands of the Coldstream Guards and Scots Guards also entertained the ceremony gathering.

Queen Elizabeth has long been associated with the luxury Cunard fleet of ships. Her Majesty previously launched theQueen Elizabeth 2 in 1967, followed by the Queen Mary 2 in 2004.

The new Queen Elizabeth luxury liner is a 92,000-ton ship and will be Cunard’s second biggest ship behind the QM2. 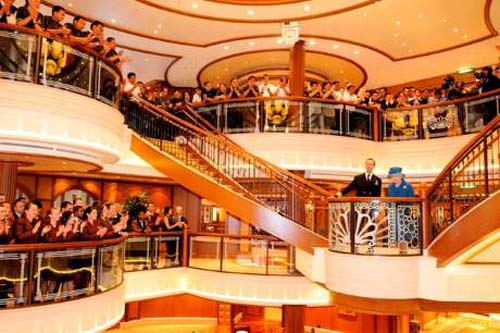 The ship has a capacity of 2,000 passengers, and will enjoy many luxurious amenities including waltzing in multiple ballrooms, catching Shakespeare plays in the ship’s theatre.

If you feel lucky, take your chances by gambling in the casino, or simply relaxing with a cup of tea and listening to the soothing sounds of a string quartet.